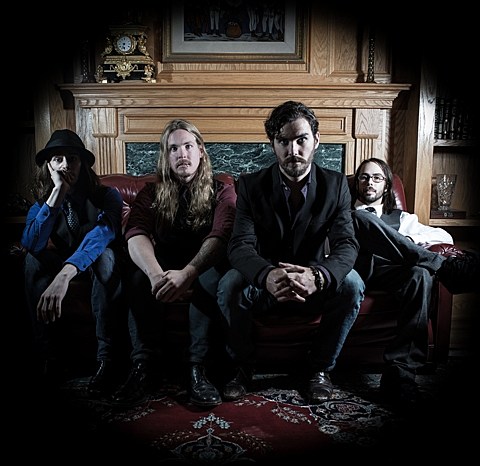 Some of my fondest memories of my 11+ years of playing live were at Maxwell's. Trophy Scars has toured the US and Canada countless amounts of times, and there are some truly spectacular venues out there. But sincerely, I can't think of a venue that provides hospitality, dynamic sound, and heartfelt good vibes quite like Maxwell's. The amount of consideration paid to the artist by Maxwell's staff is not only a rarity - it's almost unparalleled in the hundreds of venues Trophy Scars has played over the years. Above and beyond the hospitality, Maxwell's was never lacking in the food and beverage department either. Savory eats and reasonably priced brews added to that good-vibe atmosphere. It wasn't just a place to see fantastic music - it was a wonderful spot to meet with friends and share more than a barrel of laughs.

My favorite memory would be playing two back to back sold out nights at the club. This might be my favorite memory of my musical career thus far. It wasn't that the shows were sold out, it wasn't that the sound was killer, it wasn't the delicious food both evenings; no, it was that Maxwell's became a beacon of camaraderie and hope in a scene that has long since passed its golden era. Everyone on both nights were elated with passion and saudade. Even when the crowd would get out of control, the Maxwell's staff handled the situations professionally and courteously. Drinks were drunk, smiles were smiled, hugs were had, and I've never felt more proud to be a musician in my life. [Jerry Jones to Fake Walls]

Legendary Hoboken venue Maxwell's re-opened with new owners and hosts live music again, and though the booking is mostly not what it used to be, they've got one exciting show coming up. NJ experimental post-hardcore band Trophy Scars sold out two consecutive nights at the venue the year before it closed, playing their great 2006 album, Alphabet. Alphabets., in its entirety. (Singer Jerry Jones gave the above quote about it.) Now they'll return on March 21 with Long Faces and Gatherer. Tickets for that show are on sale now.

Sooner than that, you can catch Trophy Scars in NYC at Arlene's Grocery on Valentine's Day with Pour The Pirate Sherry and Reese Van Riper. Tickets for that show are on sale now too. No other dates announced at the moment.

Trophy Scars' most recent album is the proggy Holy Vacants, a much different (but also great) album from Alphabet. Alphabets. Stream that and watch a full set video from their 2012 Maxwell's show, below...