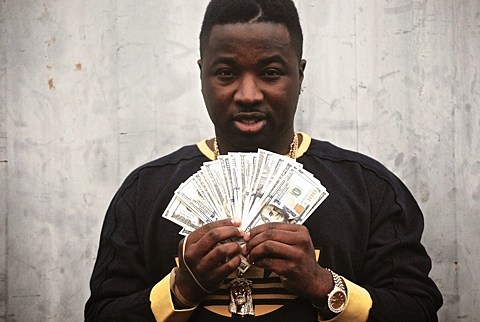 Plenty of rappers make huge claims, but Brooklyn's Troy Ave recently made one that seems, uh, especially far fetched. HipHopDX points to a tweet from the rapper where he claims to be the first Brooklyn rapper talking about drugs in his raps.

"1st nigga outta Brooklyn NYC talkin HEAVY drug talk in his raps ....... think about it! MY STORY CONSISTENT (the truth usually is)," he says. After others on Twitter immediately called him out on it, more tweets defending his claim followed:

would these guys have so much opinions if we met in person? because when I'm at events its smiles and handshakes. INTERNET NIGGAZ are PUSSY

THE STREETS GON ALWAYS REIGN SUPREME, remember it was Mad AFRO CENTRIC raps & digable Planets THEN BIGGIE CAME THRU! then it switched til 50

IF YOU TRYNA DEBATE OR DISAGREE WITH ANY OF THESE FACTS IM SAYING... U Cant Be Real With Me You AInt Even Real Wit Ya Self" #WC3 coning soon

BEEN TALKIN THAT DOPE BOY $HiT out the Gate! My story been consistent .... Others touch on it and mix it up with street shit like, robberies, killings, clubs, struggle life .... But the only 1 talking bout whole birds, "Heavy" from NYC and I mean HEAVY detailed descriptions not 28grams or 62's or 8 balls the only 1 talkin whole joints was yours truly! Since day 1 my story been the same .... The Real Ones snow the difference the ones who can't relate will debate! MAN U KNOW WHAT like @scstunna said "Fuk what a fake nigga say, it's bout what a real nigga say"

Earlier this year, he confirmed that he's no longer selling drugs thanks to his rap career, and he more recently guaranteed that since he doesn't do drugs himself ("besides light weed smoke") his money will always be straight.

As discussed, you can catch Troy Ave talking about drugs in NYC at Highline Ballroom on November 20. Funk Master Flex is on that show too and tickets are still available.