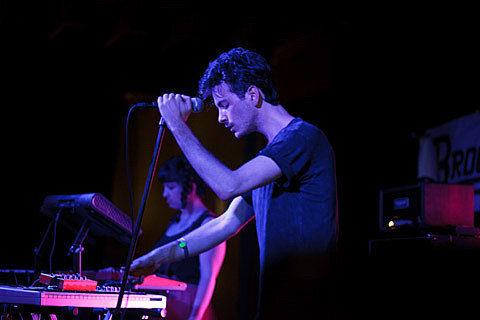 Trust, the dark dancepop project of Toronto resident Robert Alfons, will be spending much of the spring and summer in Europe on tour. After a quiet July and August his band will return to the US to play shows on both coasts: NYC's Irving Plaza on September 19 and LA's The Fonda Theatre on September 27. Tickets for Irving Plaza go on sale today (5/9) at noon.

If you haven't heard Trust's new album, Joyland, you can stream the whole thing via Rdio. Video for "Rescue, Mister," with the list of tour dates, below...