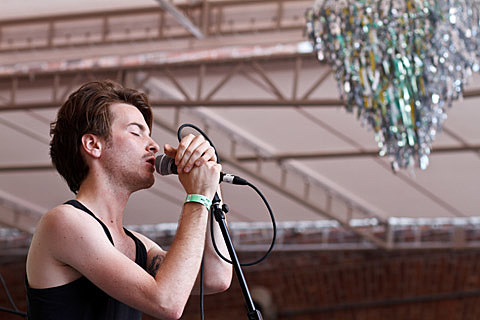 Toronto goth pop artist Trust (who was the duo of Robert Alfons and Austra's Maya Postepski, but now appears to just be Robert solo) has announced that he'll release the followup to debut LP TRST with a new album, Joyland, on March 4 via Arts & Crafts. He hasn't released any music from it yet, but you can watch a trailer for the album, below.

Trust has also been announcing some shows, including one in London and another in NYC happening on January 24 at Glasslands. Tickets for the NYC show are on sale now.

All currently announced dates are listed, along with the trailer, below...