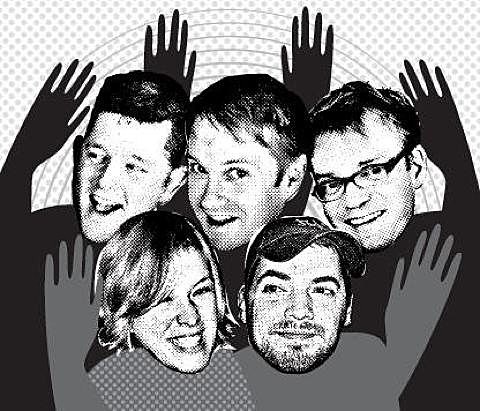 After a hiatus that lasted almost three years, Tullycraft has begun the process of recording a new album. It's been a long time since we've recorded a record, so we're currently trying to remember how to do it. It's hard for me to imagine how many people will actually be interested in hearing a new Tullycraft album, but I'm sure we'll have fun making it. More details will follow as the process moves forward. Thanks for listening! - [Tullycraft]

Seattle indiepoppers Tullycraft will release Lost in Light Rotation this spring via Magic Marker in North American and Fortuna Pop in the UK. The album, their first in six years, was produced by Phil Ek (Built to Spill, The Shins) and the title track has just been released as a 7" single with a cover of Yaz's "Bad Connection" on the flip. You can stream the A-side below.

Tullycraft's last visit to New York was for the 2008 NYC Popfest. Maybe they'll come back for this year's?