still from "The Real Thing" video 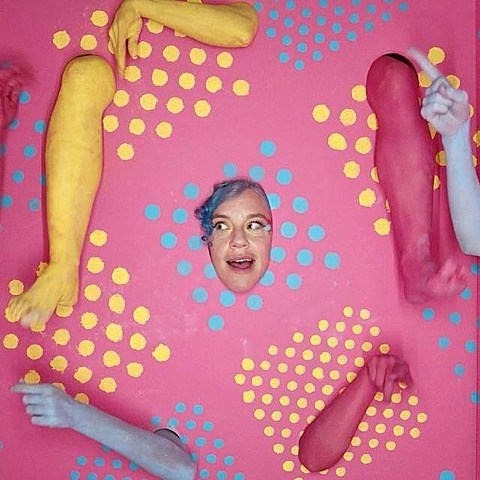 tUnE-yArDs is still getting out singles from her 2014 album Nikki Nack, having just released a video for "The Real Thing" (dir. Tom Jobbins), which works conceptually with the song's title and lyrics. Here's what Merrill said about it:

I believe Real Thing was the one song I didn't want to make a video for. It has too many images of its own in the lyrics, and could mean so many different things for different listeners...I love leaving room for audiences to paint their own mental pictures. What changed my mind is wanting so much for this particular song to be heard by more people.

We chose Tom Jobbins' idea because it framed the sometimes heavy lyrics in a Charlie Chaplin-like, humorous idea of me being a box of body parts in a factory. A simple and light-hearted backdrop for some complex and weighty ideas.

tUnE-yArDs have also scheduled some December dates with the very-active-again Cibo Matto, including a four-night run at Music Hall of Williamsburg from December 4-7 which Beep! is also on. Tickets for those shows go on sale Friday (10/10) at noon with an AmEx presale starting Wednesday (10/8) at noon. A limited presale for the whole tour begins at tUnE-yArDs' site on Tuesday (10/7).