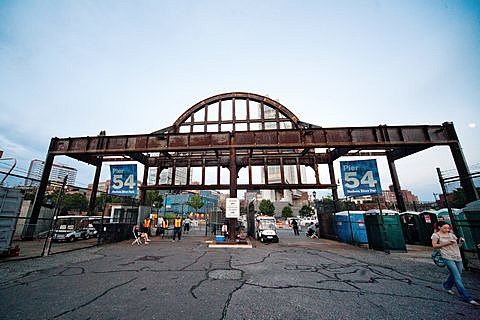 Staged on Hudson River Park's Pier 54, the RiverRocks schedule is as follows:

Opening acts for the three-date series will be announced in the coming weeks.

Located adjacent to New York City's Meatpacking District (at 14th Street), the Pier 54 gates open at 6 p.m. for all RiverRocks shows, with opening performances scheduled to begin at 7 p.m.

Meanwhile tUnE-yArDs is out touring in support of her awesome new album, and Deer Tick will play as Deervana at Brooklyn Bowl during the Northside Festival.

In other free show news, Wavves is playing in East River Park this summer, Brooklyn Bridge Park released their schedule of free movies, The Radio Dept and other bands are playing South Street Seaport in 2011, and the initial lineup was announced for this year's Bang on a Can Festival.