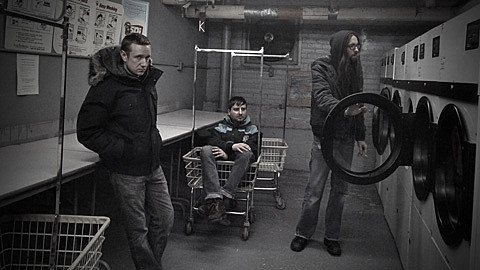 Turn to Crime release their new album, Actions, next week via frontman Derek Stanton's own Mugg & Bopp Records. The seven songs range from antsy post-punk to somnambulistic torch songs to something you might call pop. But it all exists in Stanton's particular overcast universe, with his soulful, world-weary vocals pulling you from one song to the next. A stream of the whole record premieres in this post and you can listen below.

The band will be venturing out of Detroit next week for a string of release shows, including one here in NYC at Union Pool on May 2. Tickets are on sale.