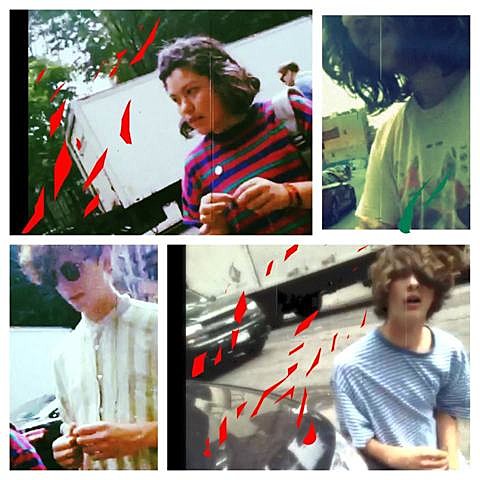 Hailing from the Long Island village of Sea Cliff, Turnip King make indie rock the old fashioned way, owing much to early '90s acts like Helium, Bettie Serveert and Eric's Trip. The band's new EP, Moon Landing?, is a nice melding of the beautiful and dissonant, and will be out on cassette and digital on May 28. We've got the premiere of "Rooms/Fleece" from it in this post.

Turnip King have a couple local shows coming up: April 26 at Big Snow Buffalo Lodge with Girl Toy; and May 11 at Death by Audio w/ Fat Creeps (whose debut album will be out this year). Those dates are listed below.