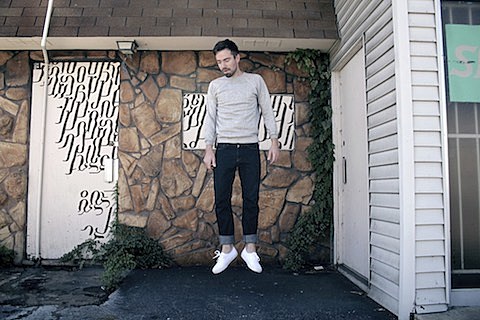 Phil Moore from Bowerbirds has a new project called Tuskha. Unlike the folky pop he makes with his other band, Tushka is danceable, R&B influenced pop. Tushka's very catchy debut single "The Program" has a swingin' beat and the video, directed by Elise Tyler, follows a young man from early evening into a night of partying. That premieres in this post and you can watch it below.

As mentioned, Tuskha will be on tour with Made of Oak (aka Nick from Sylvan Esso) and they'll play NYC on November 13 at Baby's All Right. Tickets are still available. All tour dates are listed below.

Made of Oak's debut EP, Penumbra, comes out this week and you can stream that below too.