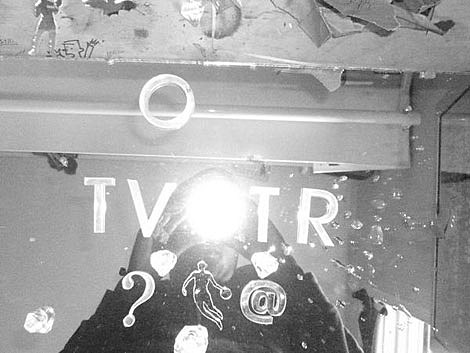 "Having been sucked struggling into the slough of despond that is Return to Cookie Mountain only to swim out a wholer, if muddier, man, I first took exception to the graceless lyrics they croon and groan on top of their catchy new funk. Transmutation of the negative--seemed too easy, a time-worn rock trick. But listen to the music as much as you'll want to and slowly the verbal opacities dissipate. You'll notice zingers like "Keep your dancing shoes off mine," "scared to death that I'm livin' a life not worth dying for." And eventually, if you pay attention, you'll hear an album that makes sense of the public lives of club-scene warrior-laborers who have kept it real and turned into affluent young professionals anyway. The thing about the indie-rock life is that even its depressives, not just mere realists like these guys, have a pretty good time. That's the point, right? So they retain their realism while celebrating the bright side. On the glorious "Red Dress," they also make clear that they haven't transcended their racial identity, no matter how much indie-rock wants to think so. Transcending race just isn't something that happens in America--at least not yet. A" [Robert Christgau]

TV on the Radio have announced a tour that includes a June 5th show at Central Park Summerstage. Tickets for the whole tour go on presale this Friday. The Summerstage show then goes on regular sale ($30 advanced) one week after that. All dates below...