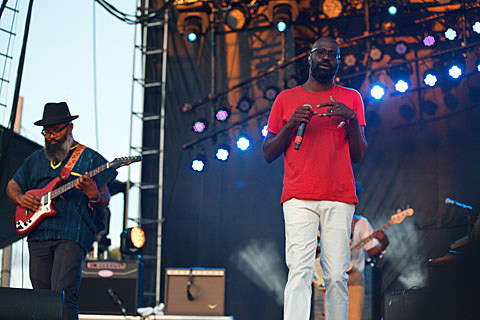 TV on the Radio have remained an active band and are on upcoming festivals like Treasure Island and Riot Fest (and the members, who are now scattered on both coasts, are even more active on their own with their various projects), but it's been over three years since they've released an album. That will change this year, when they follow 2011's Nine Types of Light with Seeds, which is due out in the fall. It's their first since leaving Interscope, and will instead come out on Harvest Records (also home of Morrissey). It's also their first since TVOTR member Gerard Smith sadly passed away.

Watch a teaser video for the album, below...