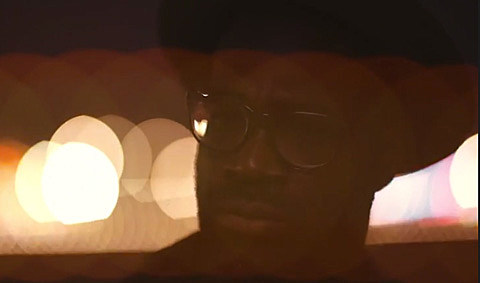 TV on the Radio have released a video for their song "Trouble," from last year's very good Seeds LP. It was directed by frontman Tunde Adebimpe who filmed people on the street in Los Angeles (where he lives now). He told Time, "We got some people together, some of whom we ran into on the street while we were shooting, and did that. We asked if they could quietly (or not) go to brighter or darker places inside themselves let us be there with them for a little while. Everyone's sifting through something, right?" You can check out the "Trouble" video below.

Tunde has also recorded a song titled "Speedline Miracle Masterpiece" which is a collaboration with Sinkane and Sal P. It's one of many genre-crossing songs recorded for that GTA V "soundtrack," The Alchemist and Oh No Present: Welcome to Los Santos which will be released on April 14. Other artists involved on in include Earl Sweatshirt, Little Dragon, Phantogram, Freddie Gibbs, Popcaan, Killer Mike and Future Islands' Samuel T. Herring. You can stream "Speedline Miracle Masterpiece" below.

TVOTR will be in the NYC-area next month, playing Brooklyn's Kings Theatre on May 20 with Bo Ningen (tickets), and then the BrooklynVegan-presented show on May 23 at Stone Pony Summerstage with Pixies and John Grant (tickets).