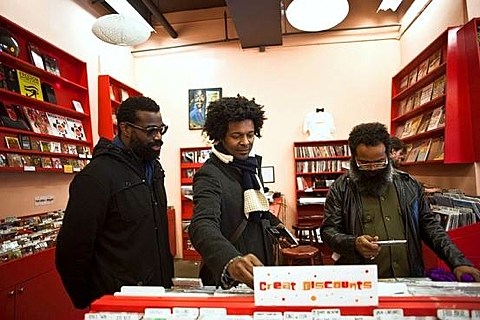 As mentioned, TV on the Radio are touring this year, and that tour has been expanded to include a third NYC-area show.

In addition to their Brooklyn show on May 20 at Kings Theatre with Bo Ningen, and their BrooklynVegan-presented NJ show on May 23 at Stone Pony Summerstage with Pixies and John Grant, TVOTR and Bo Ningen will play a NYC show on May 21 at Terminal 5. Tickets for T5 go on sale Friday (4/24) at noon, and a BrooklynVegan presale starts Wednesday (4/22). Check back here Wed morning for the presale password. Tickets for Kings and Stone Pony (same link) are still available.

* - opening for TV on the Radio