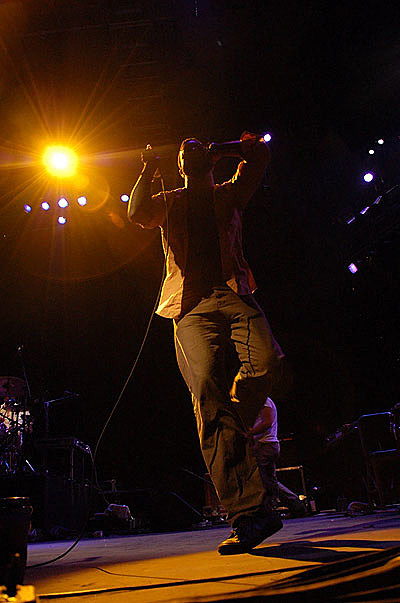 !!! (the exclamation points, not the band) - TV on the Radio brought it to another level during their free performance at the Prospect Park Banshell in Brooklyn Friday night (June 30, 2006). To my friends who left after Voxtrot: you're idiots, but on the other hand you made room for the the many others needed a spot to sit or stand. In fact, even though a lot of people left when it started to rain during Matt Pond's set, the outdoor venue was still PACKED for headliners TV on the Radio. 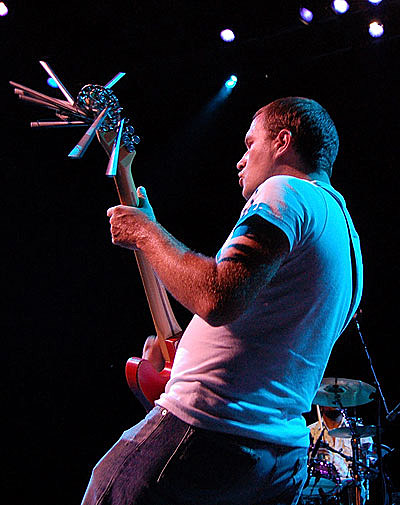 "'We're not super-intellectuals,' he protests, deep in analysis of his band's anti-methodology. "It's not like TV on the Radio is doing something that's so avant-garde or new or cutting-edge or anything. It's just that so many people are not doing that.'" [Village Voice] 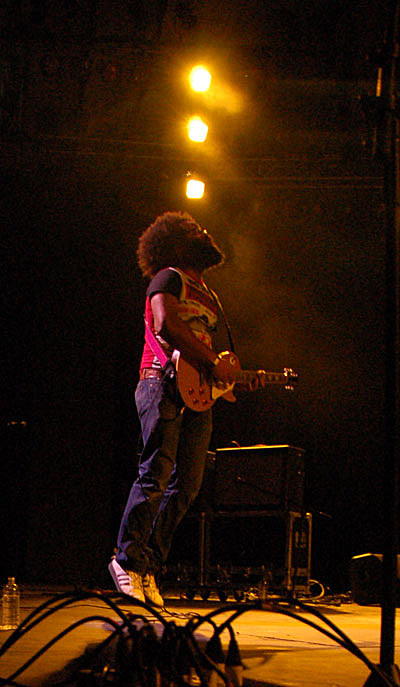 The surprise of the evening: Antibalas Afrobeat Orchestra as TV on the Radio band members. There must have been at least twenty people on stage, five TVOTR band members and three backup singers included. Make that twenty-one if you're counting the guest appearance by Kyp Malone's baby girl. Big crowd, big band, and big sound aside, the real star of the show had to be, the James Brown of Brooklyn, TV on the Radio frontman Tunde Adebimpe. HE KILLED IT. I've seen this band a few times, and never do I remember the talent I saw belting out of him at this show. Amen. 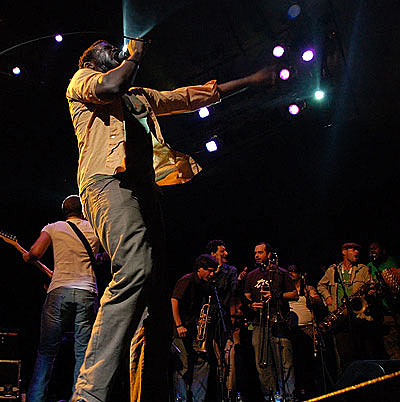 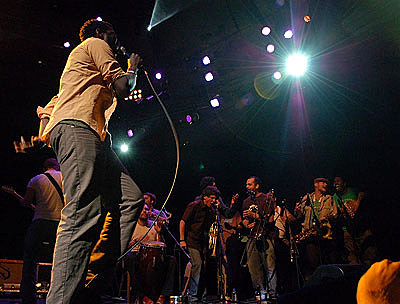 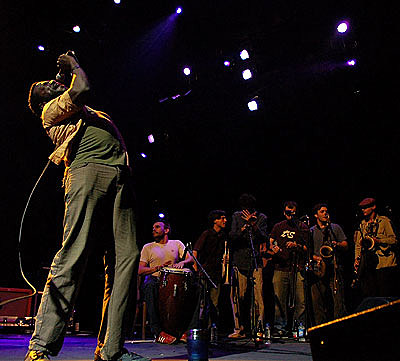 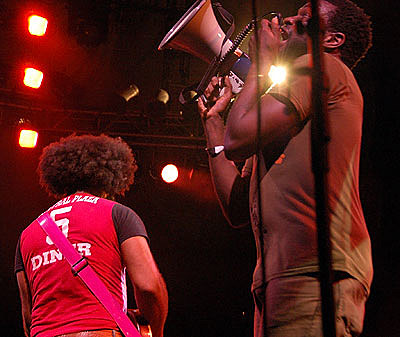 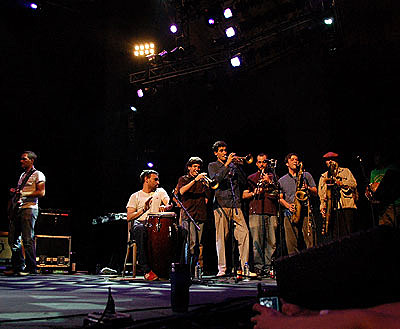 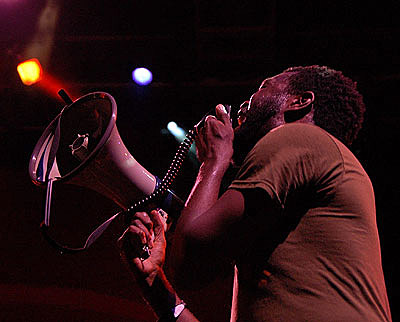 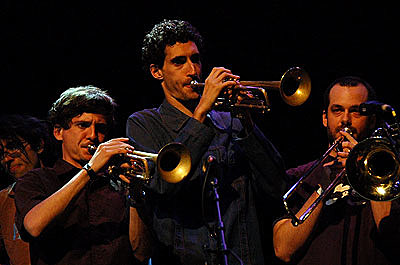 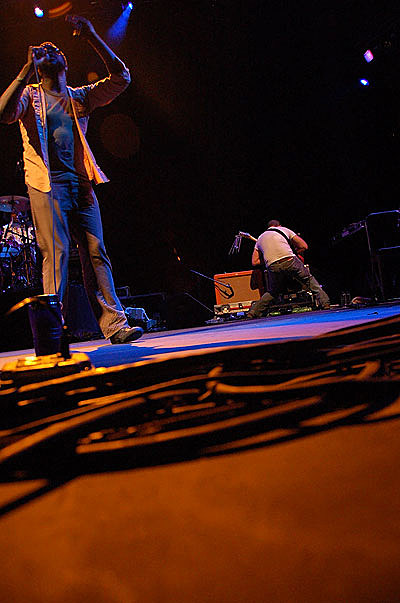 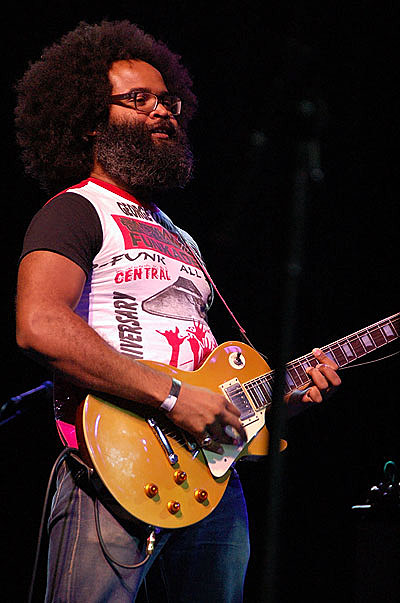 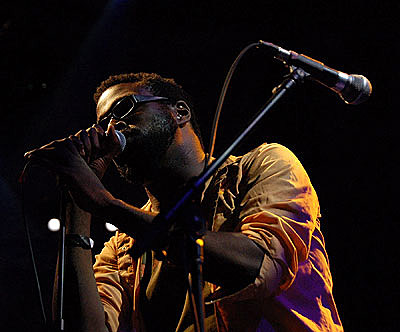 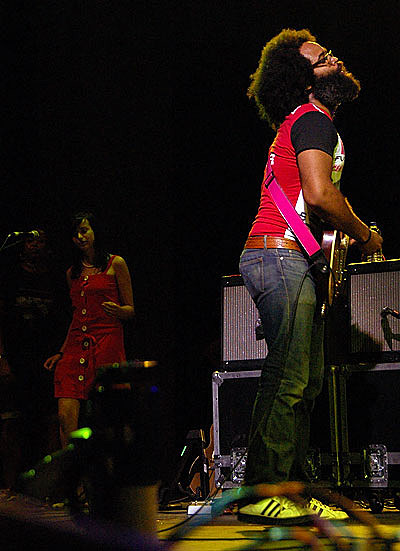 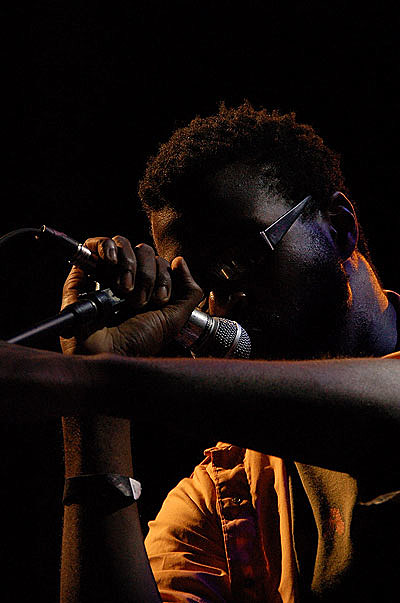 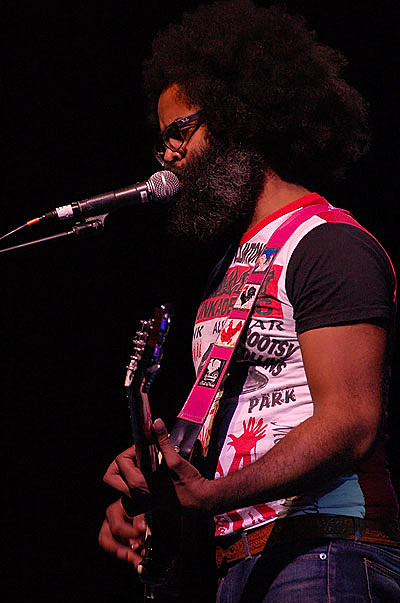 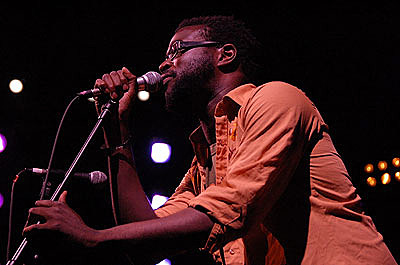 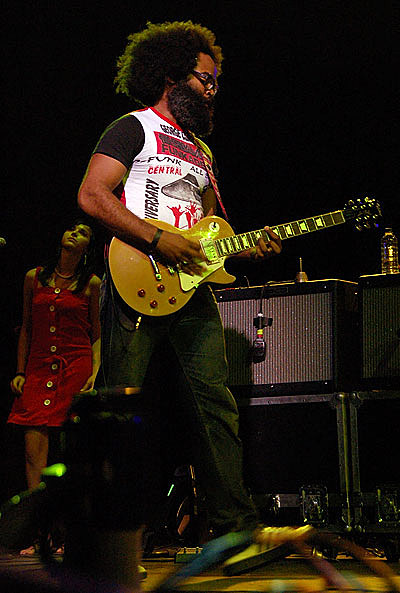 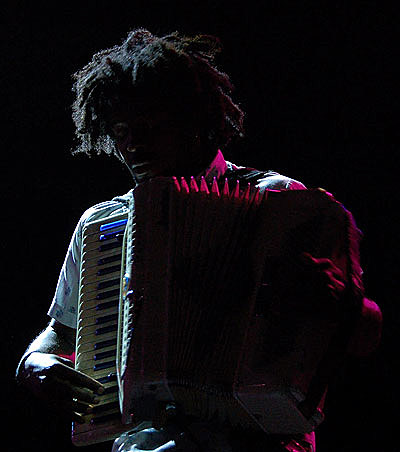 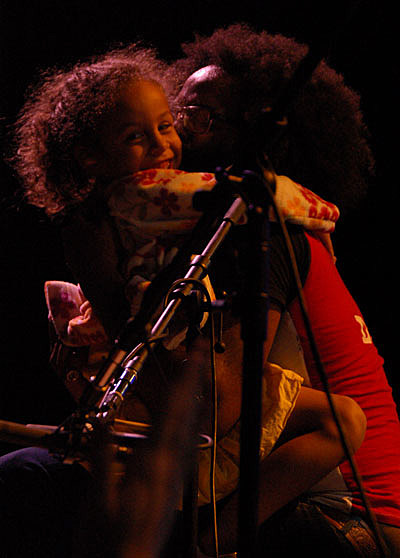