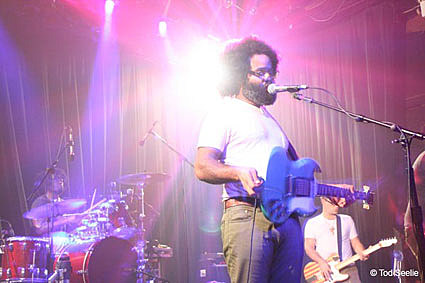 TV on the Radio and Grizzly Bear just finished their two night run at Irving Plaza in NYC.

Don't know if you caught it, but TV On The Radio had some prime-time air this week on two shows: Tuesday night's FRIDAY NIGHT LIGHTS used "Wolf Like Me" during a football practice montage and last night's GREY'S ANATOMY used "Province" during a pretty-people-with-neverending-melodramatic-relationship-crises-using-overblown-medical-maladies-as-metaphor montage. Death to McDreamy.

Watch the TVOTR video for "Wolf Like Me" @ AOL