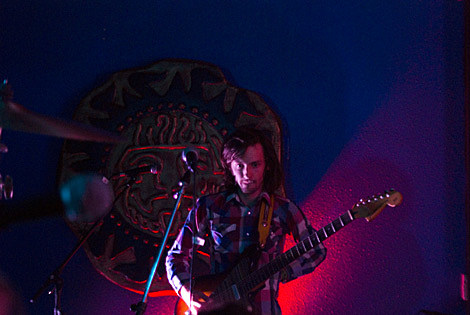 Big Business and Tweak Bird have announced more dates together, a 2nd NYC show included. As previously mentioned, the two bands will be at Mercury Lounge in Manhattan on May 10th (tickets here). They're also playing Union Pool in Brooklyn on May 9th (no advanced tickets).

Big Business is prepping ther new album, Mind The Drift, due on May 12th via Hydra Head records. You can stream that bad boy in it's entirety here and download "Gold & Final" above.

Tweak Bird is coming off of a pair of NYC dates; on 4/4 with Crocodiles @ Pianos and yesterday (4/5) at Union Pool. The duo were scheduled to play a third show tonight (4/6) at K & M Bar, but that show has since been cancelled... in favor of ANOTHER show at Pianos TONIGHT FOR FREE (4/6, 11pm). Tweak Bird for free? Kick ass!

Tweak Bird dropped the Reservations EP last year, and will have copies of that EP in green vinyl on tour.