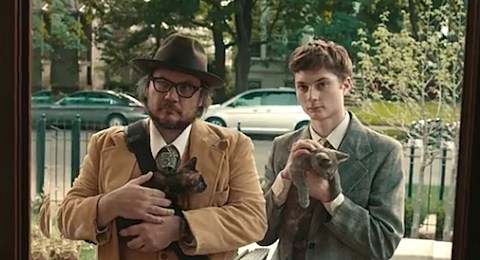 Tweedy were just in NYC for a show at BAM and today they've released the video for single "Low Key" from Jeff and Spencer's debut album, Sukierae. It was directed by master woodworker and Parks & Recreation star Nick Offerman and has the Tweedys forced to schlep their LP door-to-door due to label cutbacks. There are a ton of cameos in the video, including Michael Shannon, John Hodgman, Conan O'Brien, Chance the Rapper and many more. Also...twist ending! You can watch it below.

You may remember that Jeff Tweedy starred in the season 6 finale of Parks & Rec. You can revisit that now; season 6 was just added to Netflix.