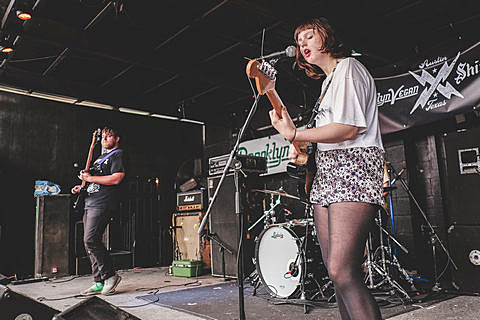 Poppy Cincinnati punks Tweens have announced that they'll continue to support this year's self-titled debut LP (out now on Frenchkiss) with more tour dates. Those dates include a return to NYC on June 13 at Rough Trade NYC, which is part of the Northside Festival. Opening is Philly post punks Amanda X. Tickets for the NYC show go on sale Friday (5/2) at noon, or you can try to get in using your Northside badge.

All dates are listed, with the new-ish video for "Forever" from their LP, below...