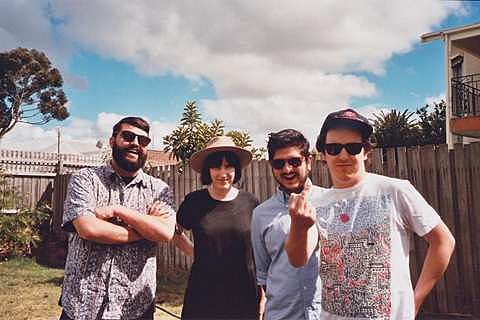 Australia's Twerps will be heading back to North America for a tour this fall. Their tour kicks off in NYC on October 12 at Cake Shop with The Memories and more TBA, and then they'll be back in the city a week later for CMJ where they'll play Public Assembly on October 19 for the Panache showcase with Turbo fruits, Dent May, Dignan Porch, Mac Demarco, and Vockah Redu. Look for more CMJ to be added as we get closer to the fest.

Before the tour starts, Twerps will release a new single, "Work it Out," which is out September 17 via Chapter Music/Underwater Peoples. You can stream the b-side, "He's in Stock," below where you'll also find a list of all tour dates.