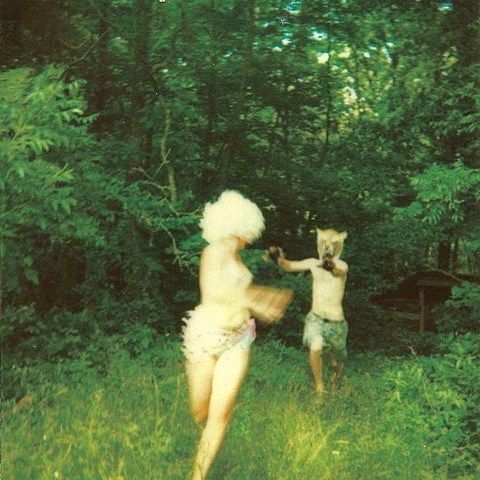 First a split with Rozwell Kid, then a two-song single on Topshelf, and now The World Is A Beautiful Place & I Am No Longer Afraid to Die have announced details for their sophomore LP and first for Epitaph, Harmlessness. It's due out on September 25 via their new label home (pre-order), and it features lead single "January 10, 2014," which is out now. TWIABP vocalist David Bello has this to say about the new single:

'January 10th, 2014' is a song about retaliation against predators. The character in the song, Diana, is based on the story of a woman from Ciudad Juarez, Mexico who avenged unprosecuted and largely ignored sexual assaults being committed by bus drivers on their routes. The video replaces the real life Diana with Dianic Wiccans who protect themselves using hexes and their own spirituality. The male character in the video is a predator, and therefore must be destroyed.

Sonically, TWIABP continue their streak of combining late '90s emo with mid '00s chamber pop, and those styles are both in full effect here. It's the kind of song you could easily imagine coming out on either Polyvinyl, Saddle Creek or Arts & Crafts at any point in the last decade. Watch the video (via NPR) and check out the album tracklist below. That's the artwork above.

The band's tour with their Epitaph labelmates Pianos Become the Teeth, plus Turnover and Take One Car, hits NYC on August 22 at Le Poisson Rouge. Tickets for that show are still available.

PBTT also recently put out a video for "Ripple Water Shine" off last year's excellent Keep You. Watch that, with the list of tour dates and TWIABP video/tracklist, below...

Filed Under: Andrew Sacher, Pianos Become The Teeth, The World Is A Beautiful Place And I Am No Longer Afraid To Die
Categories: Music News, tour dates
Comments
Leave A Comment
Pianos Become The Teeth guitarist Mike York tells us about his favorite albums of 2022
Caracara tell us about their favorite albums of 2022
TWIABP announce East Coast tour with Stay Inside
Watch Dosser’s video for their catchy, grungy new song “Joy Thief”
Pianos Become the Teeth made an intense, beautiful return to NYC with Caracara & Dosser
TWIABP announce live album and tour documentary, ‘Thank You For Being Here’