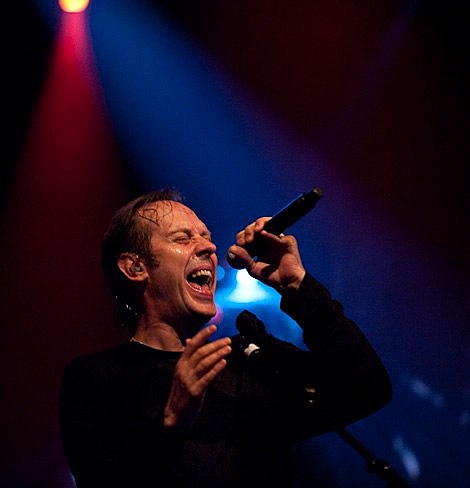 Goth pioneer, Bauhaus frontman, and star of Twilight: Eclipse (that's right) Peter Murphy has dates popping up for what appears to be a US tour. He'll head to the West Coast in early March before scooting east to again play NYC's Highline Ballroom on April 2nd. Tickets are on sale.

So far no details on that coming Dali's Car LP or if it will ever surface in the wake of Mick Karn's passing. And while there is also no word on new Peter Murphy material, production has begun on the new Twilight sequel Breaking Dawn, though no word on if Murphy has joined the cast.

Currently known tour dates and some videos below....