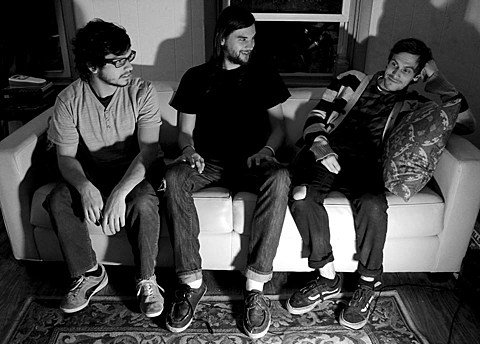 Providence's Twin Foxes are releasing their self-titled debut EP this week (pre-order on vinyl or cassette), and ahead of that we've got the premiere of its newest single, "Summer's Halo." It follows the emo-y lead single "Year On A String," but the new single doesn't get much more emo than The Promise Ring did on Very Emergency. This one sounds more like the result of digging deep into Merge and Matador's '90s catalogs and then reaching for your guitar. Listen to both below.

Twin Foxes also have dates coming up in Providence, Philly and Boston, which are also listed below...

Twin Foxes - "Year On A String"