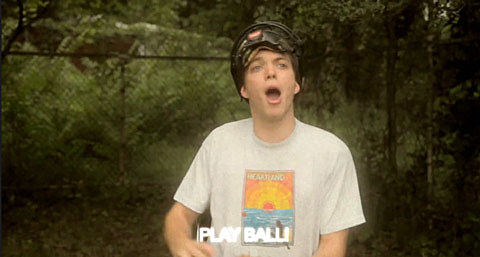 Chicago's Twin Peaks just released their new album and have a brand new video for their big riff summery single "I Found a New Way," which you can watch below. The band's tour with The Lemons kicks off tonight in Detroit and will roll into NYC next week for shows at Mercury Lounge (8/13) and Baby's All Right (8/14). You can win tickets to both either of those shows.

The Baby's date was supposed to also feature loved-by-UK-press NYC band Public Access TV, but the band has dropped off the bill which may or may not have something to do with them getting added to a Weezer show in Bethlehem, PA on Saturday (8/9). The band don't have another NYC show on their schedule but they have a short East Coast tour in September. They also have a new video for "Rebounder" which was directed by Douglas Hart who was the original bassist for Jesus & Mary Chain and has helmed clips for My Bloody Valentine and The Horrors. You can watch that below.

All PATV dates are listed, along with videos, below...