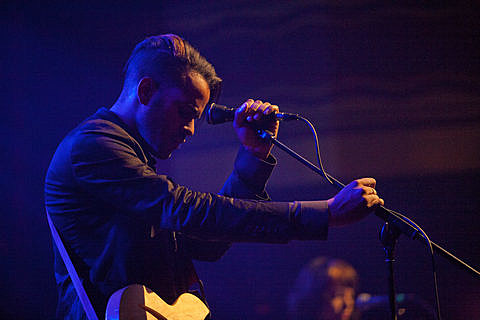 As mentioned, Twin Shadow released his sophomore LP, Confess, earlier this year and has been touring in support of it. In September he'll begin a new leg of the tour with support from Sweden's Niki and the Dove which hits NYC on September 27 at Webster Hall. That show has since sold out but the two bands have just added a smaller NYC show that happens one day later (9/28) at Music Hall of Williamsburg. Tickets for that show go on sale Thursday (8/23) at noon.

Niki and the Dove released their debut LP, Instinct, earlier this month via Sub Pop. A full stream of that album, a full stream of Twin Shadow's Confess, and an updated list of dates are below.

Niki and the Dove - 'Instinct' Full Album Stream (via NME)