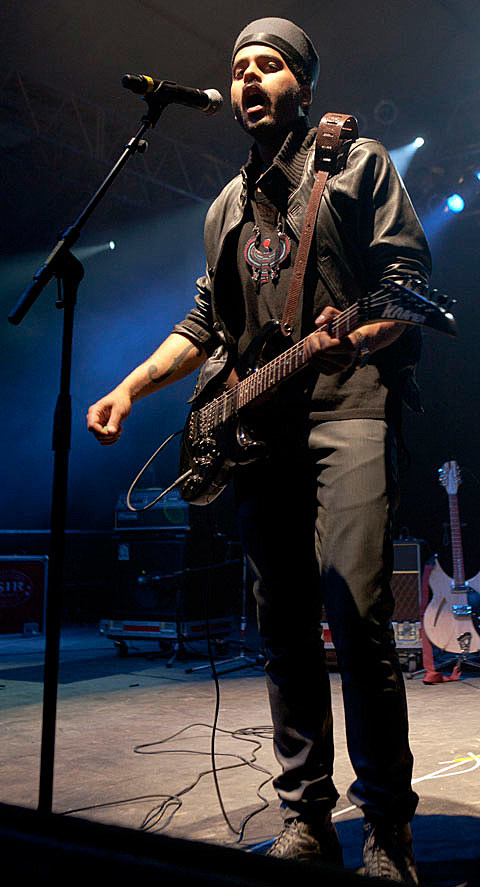 Twin Shadow announced a fall tour dubbed the 'Clean Cuts' tour. It hits Maxwell's on September 6 and Webster Hall on October 7. Ticket pre-order starts today (6/16) and runs through June 21. Pre-ordering a ticket gives you the chance to get an exclusive T-shirt and 1.5" button for most shows, though not the Maxwell's one. General sale starts June 23. All dates are listed at the end of this post. Here are are some of them, each represented with a different haircut: 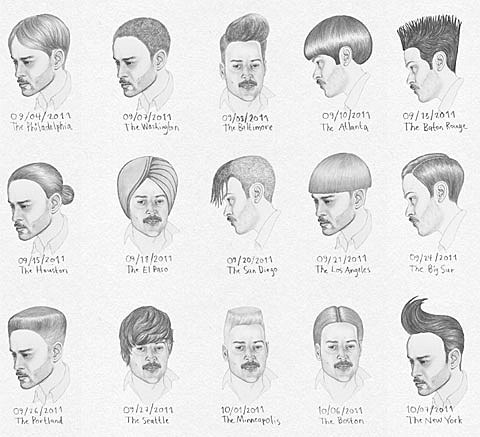 Meanwhile Twin Shadow play a few shows this month with Florence & the Machine, including the previously announced Central Park Summerstage show on June 24.

You can also catch them at a number of festivals including Sled Island, Pitchfork Fest, Hopscotch, ACL, and Moogfest. They just played Bonnaroo...

"If Morrissey, Peter Gabriel, and Prince could make babies together, their progeny would almost certainly form a band and call themselves Twin Shadow. Heartfelt, heady and totally funky, the group's live show transformed George Lewis Jr.'s intimate debut Forget -- where the Twin Shadow main brain played all of the instruments -- into a freewheeling full-band boogie fest. The tracks grew exponentially at every turn. Canned kits became crushing drums, bass burbles became serious bumps, sound effects became walls of synth, and Lewis transformed into a dance-driven taskmaster. Between songs, he pointed at the cameraman in front of him and addressed the fans: "If this guy doesn't shake his ass, I want you to break down the barricade and make him." Even spare, mellow album moments like "Tyrant Destroyed" could've cracked a disco ball by dint of their sheer dynamism, and on the heartbroken "Slow," Lewis shattered a few hearts in the audience by shredding his voice on the clutch lyric, "I don't wanna believe, or be, in love." He followed with an arena-sized guitar solo that inspired the kind of frothing cheer usually saved for soccer matches, not chilly '80s-inspired indie pop dreamed up in a Brooklyn bedroom." [SPIN]

A bunch of pro-shot videos of their Bonnaroo set, some other videos, and all tour dates below...

Twin Shadow - Castles In The Snow

Twin Shadow - Castles in the Snow (Live from Bonnaroo 2011)