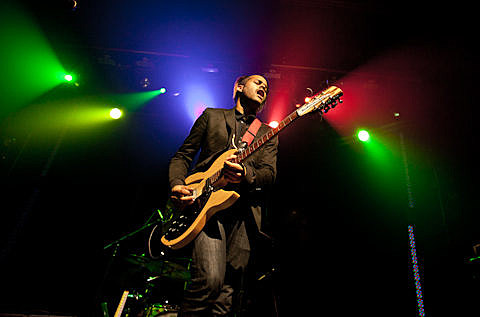 We spoke too soon regarding where Twin Shadow would be next. Now that they've played Webster Hall, it was announced that they'll be around NYC for CMJ too, for at least one show, possibly two or more.

Twin Shadow will headline a Noisey CMJ showcase on 10/19 at Santos Party House, alongside appearances from hip hop group Main Attrakionz (who also play the same venue with Youth of Today), Bleached, Caveman, Inc, Pujol, and Fidlar. The show is FREE with RSVP. More details on the show in the flyer below. 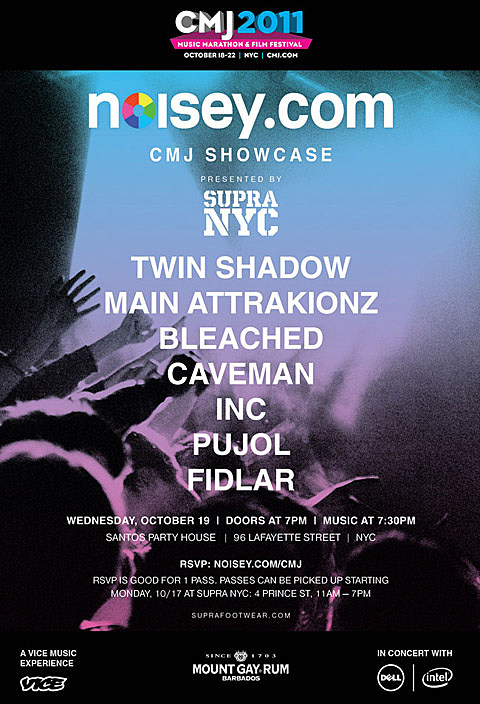