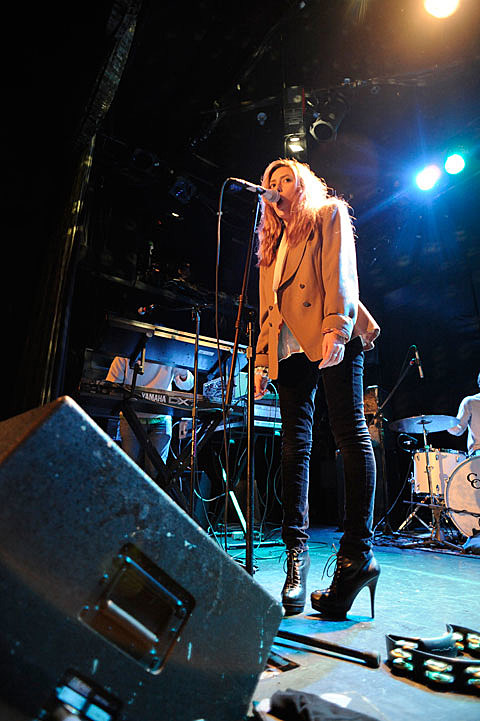 Twin Sister, who played BV-Northside at MHOW in 2010, and played MHOW during Northside again in 2011, will be playing a Northside show once again this year. This time it's the Stereogum/Cameo showcase at Cameo Gallery on Saturday (6/16) with Guards, Physical Therapy, Caged Animals, Blonds, and Phonetag. Tickets for that show are available and we're giving away a pair. Contest details are below. It's the only announced show for Twin Sister at the moment.

Speaking of Northside shows at Cameo, as mentioned, Daughn Gibson plays his there on Thursday (6/14) and tickets are still available.

A Twin Sister video and contest details below...

--
For a chance at winning tickets to Twin Sister at Cameo Gallery: either tweet something that includes both @BrooklynVegan AND "TWIN SISTER" in the tweet, or send an email to BVCONTESTS@HOTMAIL.COM with the subject line "TWIN SISTER". Include your first and last name in the email. We'll pick a winner at random and contact them with more details. If you enter by email, it will not be shared with anyone else. Good luck!