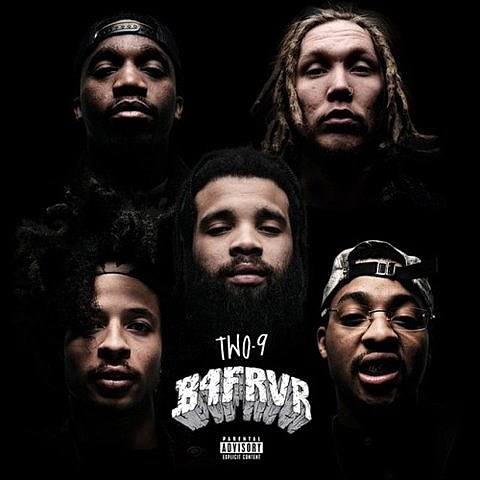 Atlanta rap group Two-9 recently put out their newest mixtape, B4FRVR, on Mike Will Made It's Ear Drummers label. Mike Will also executive produced it and did the beat sfor a handful of the songs, and labelmates Rae Sremmurd appear, as do Ty Dolla $ign and Wiz Khalifa. It's a pretty diverse tape, one that should appeal to fans of Rae Sremmurd's slow rap, Drake's melodic Rap&B, and the harder/faster stuff Two-9's hometown is known for. Stream it in full below.

Two-9 will be in NYC for two shows this week. First they play the 'Hot 97 Who's Next' show at SOB's on Thursday (2/19) with OVO's Mike Zombie (who produced Drake's "Started From the Bottom" and released his own mixtape in December) and Fame School (tickets). Later that night, they'll head to Webster Hall along with Mike Will Made It for Just Blaze's weekly House Party. Funk Flex will be at this week's party too, and tickets are on sale.

In related news, Mike Will Made It produced a handful of tracks on the new Juicy J mixtape, Blue Dream & Lean 2, and Rae Sremmurd feature on that one too. You can download that for free at DatPiff and stream it in full, with the Two-9 tape, below.