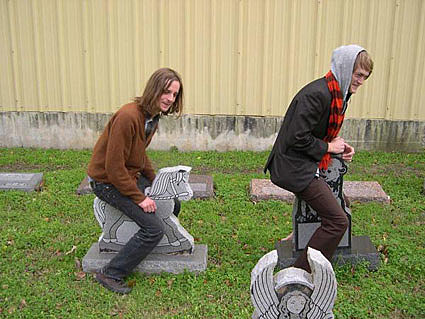 The Brooklyn Vegan "Blog Radio" show airs on Sirius Left of Center every Wednesday at noon EST (and then again at midnight). On last week's show I was honored to have Two Gallants on as my guest.

Adam Stephens and Tyson Vogel (both Gallants) grew up together in San Francisco, started making music together at age twelve, are both really nice, and both picked most of the music we ended up playing on the show. We also played a bunch of their songs - old and new - inclduing a few tracks off their self-titled album that comes out on Saddle Creek on September 25th.

Two Gallants were in town after just finishing up a tour with Against Me! - we talked about how they were there when Tom Gabel was arrested. I tried to stay away from the played-out story about how they themselves were once arrested (and maced, etc) though.

Two Gallants' pre-Saddle Creek first-album The Throes has been re-mixed/mastered, and is being re-released, so they really have two records coming out really soon, AND they just came out with an EP. They kick off a tour with Blitzen Trapper on September 17th. Here's what we played: 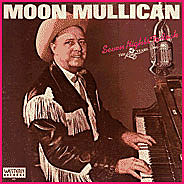