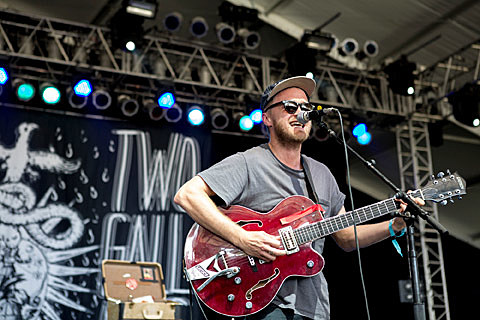 As discussed, Two Gallants are releasing their fifth album, We Are Undone, on February 3 via ATO, and since we last spoke they released two of its singles, "Incidental" and the title track. Not that Two Gallants haven't always had a rockin' side, but these songs sound especially hard hitting for the folk rock band. "Incidental" is basically garage rock. Check them out below.

Also since we last spoke, Two Gallants expanded their tour. It already included NYC shows on February 13 at Mercury Lounge and February 14 at Rough, which are both sold out, and now includes a third NYC show on February 12 at Baby's All Right. The Merc and RT shows will be opened by Deer Tick side project Happiness, but openers for Baby's are TBA. Tickets for Baby's go on sale at 10 AM on Friday (1/23).

Updated dates are listed, with the new songs, below...

Two Gallants - "We Are Undone"