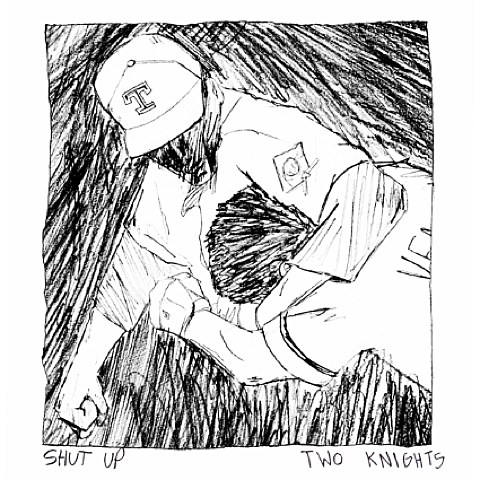 There may be some argument as to how appropriate using the term "emo revival" really is, but with Denton, TX two-piece Two Knights, we're certainly dealing with a new band who revives the emo sounds of yesteryear. Their debut album, Shut Up, comes out next week (4/8) via Count Your Lucky Stars (pre-order) and it takes us back about two decades to the raw, mathy sounds of Cap'n Jazz. Some songs, like opener "If It's Brocken, It's Brocken," are a dead ringer for that band, but much of the album combines the Kinsella noodling with the harsher, throaty vocals that evoke later '90s bands like I Hate Myself and Saetia.

If you dig that stuff, you should check out Shut Up, and can do so by listening to the full album stream which premieres in this post, below...