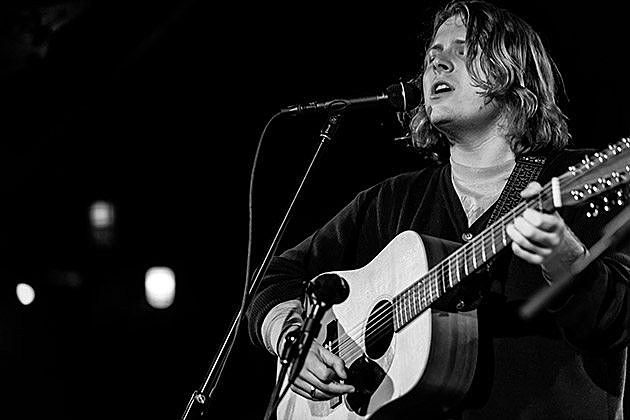 Ty Segall is a man of many musical projects, like his own (which just played four NYC shows last month), Fuzz, and Ty Segall & White Fence, to name a few. Now he's got another power trio to add to that list: Broken Bat.

The band is Ty, Melvins drummer Dale Crover, and OFF!/Redd Kross (and Redd Blood Cells) bassist Steven McDonald. So far, all the band have released is "just a taste" of first single "Take My Medicine." From the sound of it, they have a sludgy, evil vibe more similar to Fuzz than Ty's solo material. But what else would you expect from putting Ty in a studio with a Melvin? Listen below.

Meanwhile, the Melvins were just in NYC twice this week on their tour with Le Butcherettes, hitting Santos Party House on Monday (6/29) and Tuesday (6/30). Like they've been doing at other stops on this tour, the shows had them ending with covers of Pop-O-Pies' "Fascists Eat Donuts" [hey, the Pop-O-Pies! - Bill] and Bikini Kill's "Rebel Girl," with Le Butcherettes' Teri Gender Bender joining them on vocals. Video of those covers at the 6/30 show, and the setlist from that one, below.