DOWNLOAD: Fuzz - This Time I Got a Reason (MP3) 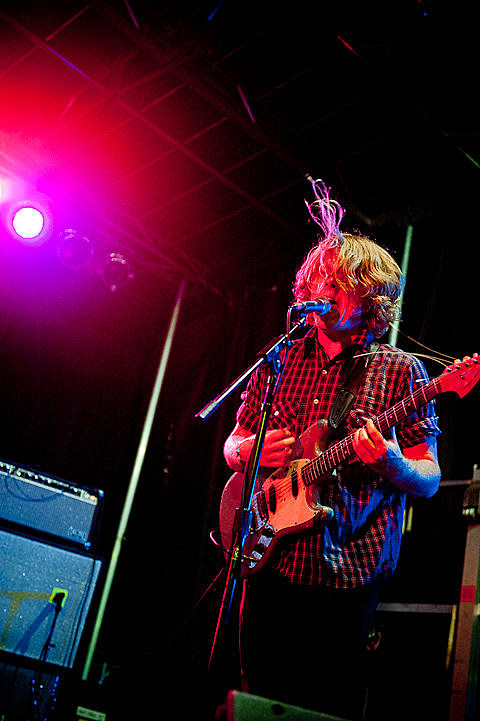 Not busy enough, apparently, releasing 800 records a year under his own name, Ty Segall has formed a new outfit, Fuzz, with Charlie Moonheart who has played in his live band for a while (they were also both in Epsilons). Here, Ty sings but is on drums and like their name implies, this is the kind of thick and heavy rock that descended straight from Hendrix.

The band's debut single came out, covertly, a couple weeks ago on Trouble in Mind (with no mention of the band members) and sold out its initial green vinyl pressing. Another pressing on black wax is due soon. You can download the A-side, "This Time I Got a Reason," at the top of this post and stream both sides below. You can also watch video of the band (which includes a third member on bass) doing "This Time I Got a Reason" at a recent show in L.A. Fuzz's only other upcoming dates are both in the Bay Area: February 28 at The Knockout in San Francisco and Go! Records in Oakland on March 1. Both shows are with Austin's OBN III's.

Meanwhile, In the Red is resissuing a couple hard-to-find Ty Segall records: the only release from his surf rock band The Traditional Fools, and Reverse Shark Attack, the 2009 LP he released with frequent colaborator (and bandmate) Mikal Cronin. Those will both be out January 22. Meanwhile, as discussed Ty is going on a tour which hits NYC on February 1 at Webster Hall. Tickets for that show are still available.

All Ty Segall live dates are listed below, along with Fuzz live video and streams.

Fuzz - This Time I Got a Reason