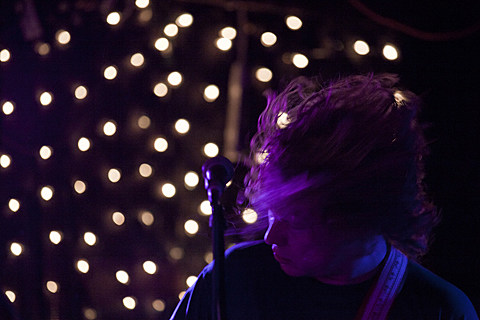 Ty Segall has been busy with his proto-metal-inspired band Fuzz (who play NYC soon), but not counting Ty's January reissues, it's been over 6 months since he released an album, which in the world of Ty Segall is like a century. Luckily, we can all breathe again, because last week he announced a new solo record, SLEEPER, will be out on August 20 via Drag City. No new music has been revealed from the album yet, but you can watch a trailer for the new album below.

Ty Segall was recently announced for LA's FYF Fest, which takes place this August, and he's since announced some other dates surrounding that fest. A full tour hasn't been revealed yet but we do know that he'll be coming to NYC on August 29 at Music Hall of Williamsburg and August 30 at Bowery Ballroom. Tickets for both NYC shows go on sale today (5/22) at noon.

All currently known dates are listed, along with the new album trailer and a video of Ty performing "You're The Doctor" from his last solo album, Twins, on 'Letterman' in 2012, below...