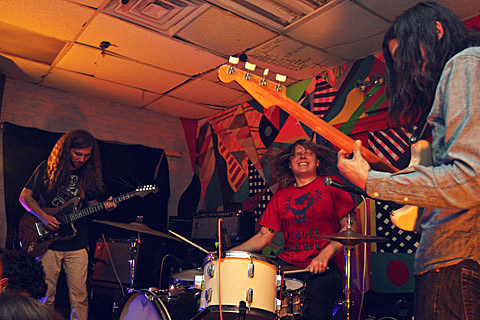 As mentioned, Ty Segall's Sabbathy/Blue Cheer-y power trio Fuzz (where he sits on the drum stool) will release their debut album on October 1. You can download a new track from the album, the super-crunchy "What's in My Head," above and stream it below.

Also as you may know, Fuzz will be on tour next month with CCR Headcleaner and that hits NYC on October 12 at Mercury Lounge. That show is sold out. This may or may not be related, but Death by Audio's calendar lists a band called "Buzz" playing there the next night (10/13) and Fuzz have no show that night on their tour schedule. Hmm.

All Fuzz tour dates are listed, along with the new track stream, below.