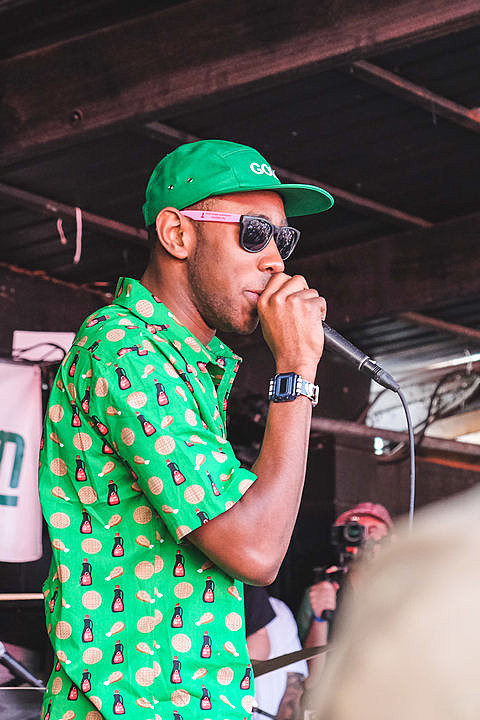 Odd Future rapper Tyler the Creator had quite a week at SXSW, filled with ups and downs and no shortage of drama -- some of which was from his own hands. Things got off to a bad start as the tragic events that went down Wednesday night outside of Mohawk (aka 'House of Vans' for the week) reportedly involved people on line to see him at 12:30...

His next event, which he did play was a short set at our Thursday free day party at Red 7 where he came out for an impromptu set of songs with highly-skilled jazz/funk trio BadBadNotGood, who he's collaborated with before (pictures in this post). He didn't say anything about the night before on stage, though he did let everyone know he had to play a short set because he had another show to be at soon...

Does Tyler, the Creator thrive on chaos, or does he thrive on subjecting other people to it? There's a difference. One tendency you tend to associate with artists, the other masochists. To wit: During his headlining spot at the Converse/Thrasher "Death Match" at the Scoot Inn Thursday afternoon, Tyler incited hundreds of people outside the already-packed venue to break down the gates, nearly causing a riot just hours after two people were killed and 23 injured outside his scheduled show at the Mohawk. SXSW came dangerously close to another tragedy.

"All you guys back there that can't get in," he said -- then implored the mob to bust down the gates. There was a split second when it seemed like the crowd wasn't going to do it, a possibility Tyler extinguished as he led the audience in a chant of "PUSH, PUSH, PUSH!"

And just like that, hundreds of people came rushing through the gates. I happened to be directly in their path when they did, and it felt like being hit with a wave: I pinged off this person and that person before stabilizing myself and catching my breath. I noticed the futile attempts of the security guards: a shit-kicker Joe Arpaio-type at the door tackled someone; another, meeker dude tried a clothesline that didn't work. It was of little use: the handful of guards were pushed aside like twigs in a flood. Someone came rushing to the sound booth where I'd moored myself and yelled at the sound guy to turn the music off. He did. I looked behind me and, to my horror, saw that they were locking the gates.

The show did eventually start again, and the SPIN report said that it seemed like even more of a riot would have ensued if it didn't.

More pictures of Tyler with BadBadNotGood from our day party, with his mugshot and that video, below... 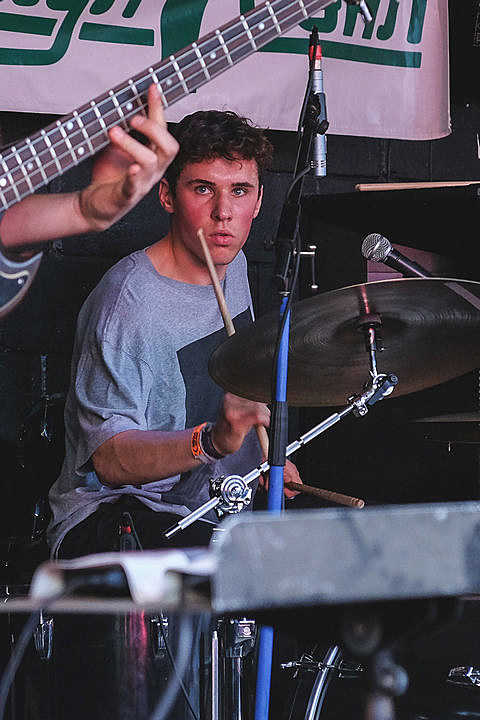 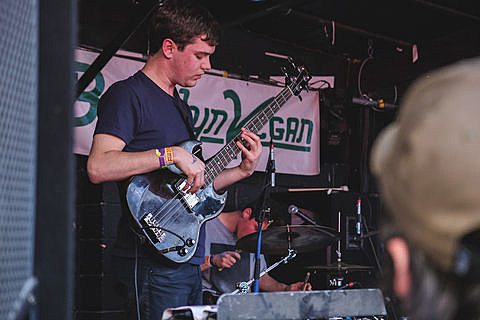 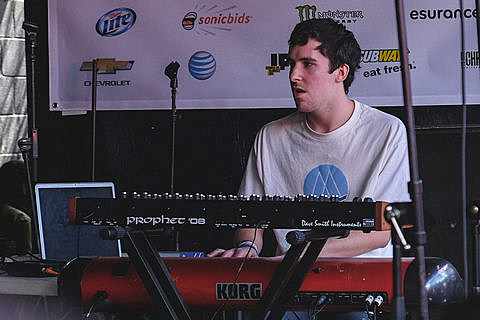 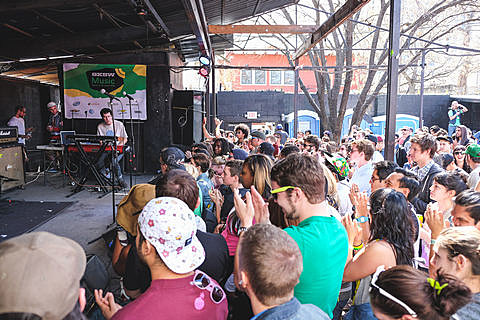 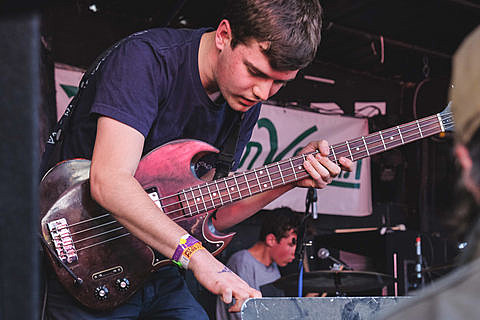 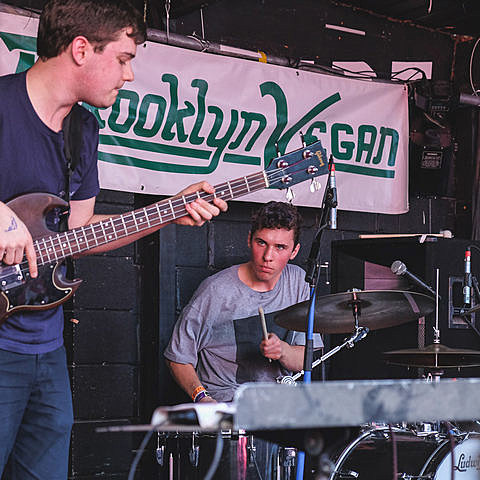 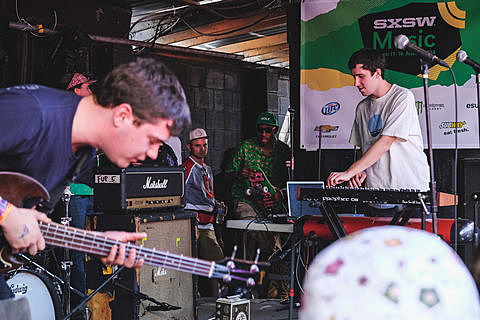 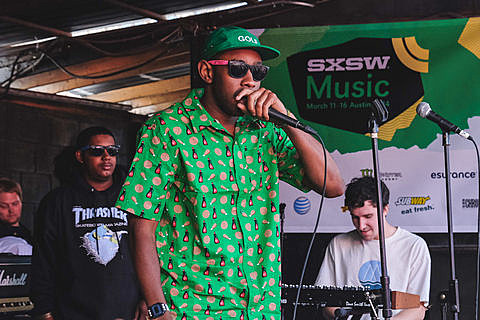 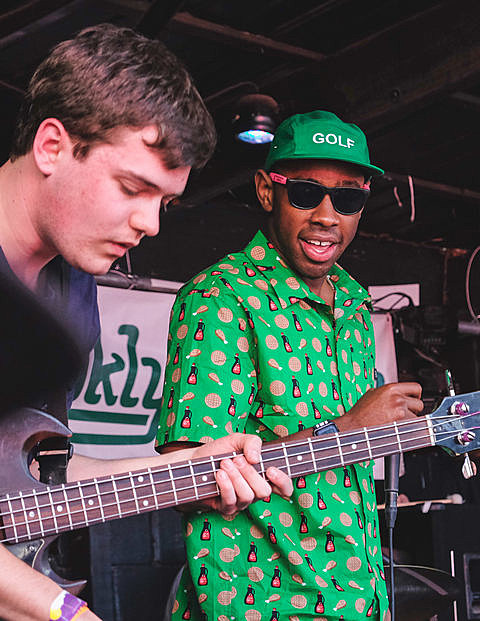 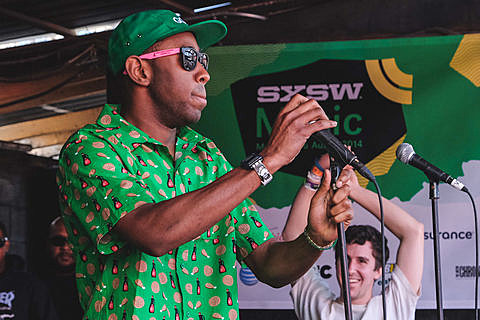 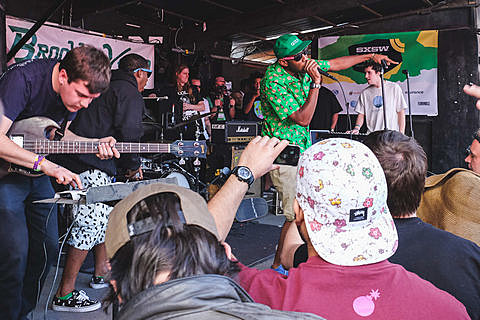 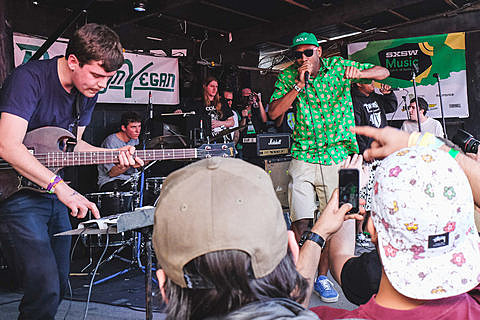 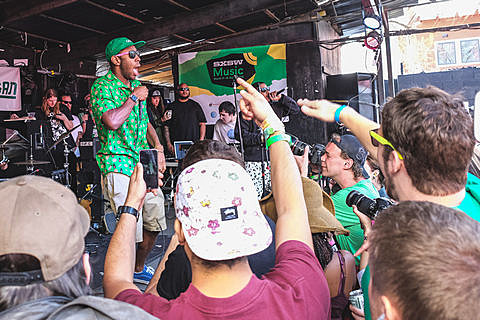 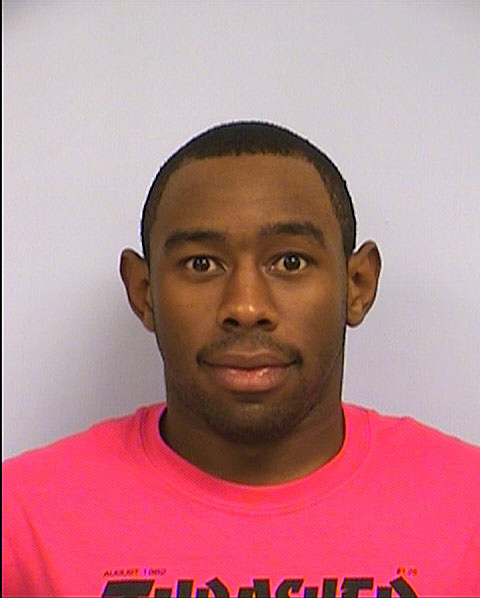