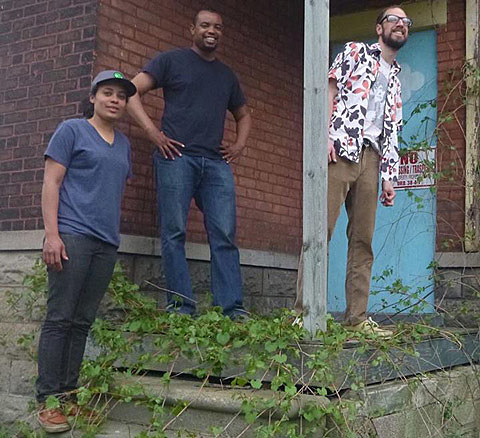 Tightly wound Detroit noise unit Tyvek have been quiet of late -- something not usually associated with them -- as their most recently release was the Domestic Five cassette in 2013. (Stream a track from that below.) Perhaps we'll find out what they've been up to soon, as they launch a North American tour this weekend. Starting in Portland on Friday (5/10), the tour will make it's way to NYC next month, where Tyvek will play Death by Audio on June 10.. No word on openers for the DbA show just yet.

All tour dates are listed, along with a few streams of recent releases, below....