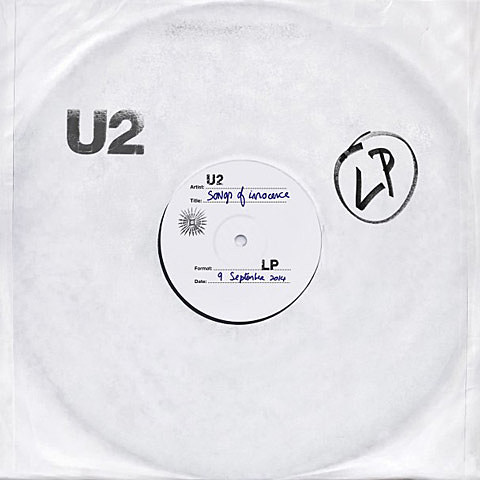 Rumors abounded as to what U2's role would be in today's big Apple iPhone 6 announcement, maybe play a song, star in a commercial. But what we got was a brand new album by the Irish megastars, titled Songs of Innocence, which the band are giving away free to anyone with an iTunes account (which is pretty much everyone, probably even your Aunt Edna, though she doesn't know her password). It's available right now through October. U2 debuted the record's first single "The Miracle (of Joey Ramone)" at the press conference in Cupertino, CA. The song "The Troubles" is a duet with Lykke Li.

In not free news, the new iPhone 6 is available in regular and plus sizes (both have bigger screens than the iPhone 5) starting next week, and there'll also be the Apple Watch in early 2015. And seeing how they take so much of your money already, you might as well convert all your dough over to their just-announced Apple Pay system. The new iOS 8 operating system will be available for iPhone 4s and above starting September 17.

For fans of the classic click-wheel iPods... they're being put to pasture. Get 'em while you can. RIP iPod Classic.