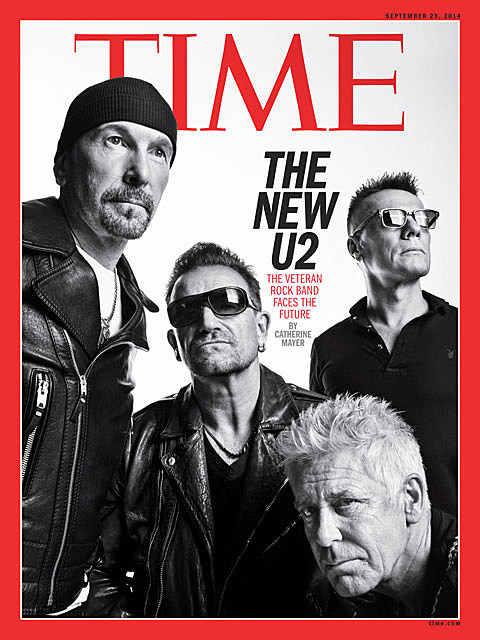 "Many, many people really, really like U2. It hasn't always been easy to remember that fact amid the caustic--and often hilarious--responses to the band's Sept. 9 release of Songs of Innocence. U2's decision to team up with Apple to deliver the new album to every iTunes subscriber, unasked, raised valid questions about consumer choice and personal space in a world that routinely infringes on both. Moreover, while Apple paid U2 for the album, critics of the deal suggest this point may have been lost on iTunes customers who got it for free. If so, that messaging is certainly at odds with U2's intentions.

As an article in the new issue of TIME reveals, Bono, Edge, Adam Clayton and Larry Mullen Jr believe so strongly that artists should be compensated for their work that they have embarked on a secret project with Apple to try to make that happen, no easy task when free-to-access music is everywhere (no) thanks to piracy and legitimate websites such as YouTube. Bono tells TIME he hopes that a new digital music format in the works will prove so irresistibly exciting to music fans that it will tempt them again into buying music--whole albums as well as individual tracks. The point isn't just to help U2 but less well known artists and others in the industry who can't make money, as U2 does, from live performance. "Songwriters aren't touring people," says Bono. "Cole Porter wouldn't have sold T-shirts. Cole Porter wasn't coming to a stadium near you."" [TIME]

TIME also points out that U2 have ANOTHER album on the way soon, "a whole new album and a world tour." In related news, Neil Young's Pono is "is shipping on time and as promised for its slated October release, hand-in-hand with its dedicated music service."