photos by PSquared and Mimi Hong; words by Bill Pearis 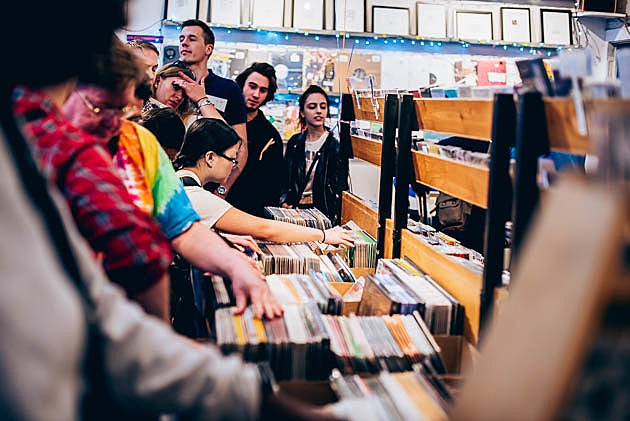 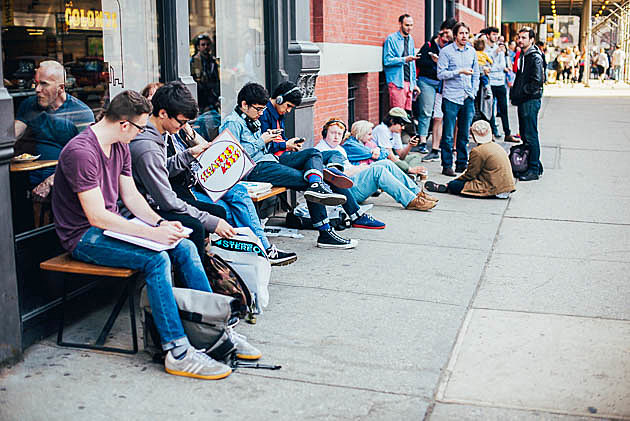 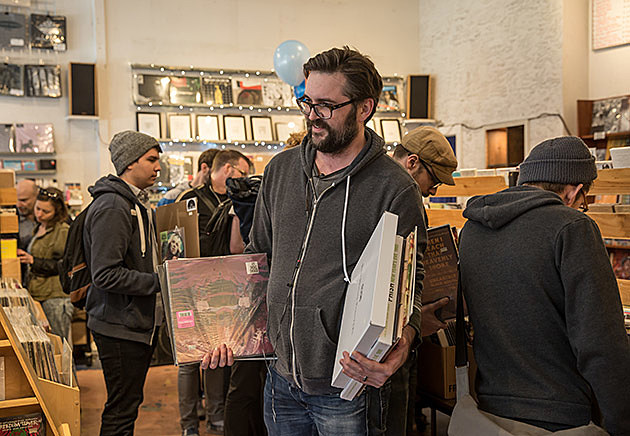 As we've mentioned a few times, Saturday (4/18) was Record Store Day which had vinyl fans lining up for some of this year's RSD exclusive product. BV photographers and music fans Mimi Hong and PSquared both stopped by Other Music on Saturday and took some pictures of the crowds while shopping. Also hanging out at Other Music was a very cute dog, check out pics below. 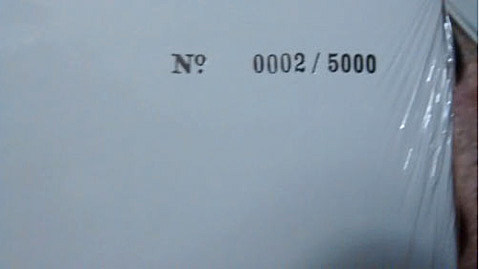 Mind you, amongst the many regular record fans were folks -- some call them Flippers -- looking to make some quick cash by immediately putting their score up on Ebay and Discogs. A friend of mine who works at a large store in San Francisco told me there was a guy there trying to put stuff up for auction via his phone before he'd even left the store. Stereogum made a list of some of the most expensive RSD15 flips, which is currently topped by a numbered white label pressing of U2's Song's of Innocense (#0002 of 5000) that is, as of this post, $393 on Ebay (21 bids so far). Another of the most sought after is the double-LP vinyl repress of Brand New's Deja Entendu which is currently listed for $379.99 though there have been zero bids. Same goes for $300 listed copies of Numero Group's Ork Record Box set which was expensive to begin with and there were lots of copies available at Rough Trade at the end of the day Saturday. Other big-ticket RSD items on Ebay: Bob Dylan - The Basement Tape (numbered and autographed by The Band's Garth Hudson), and Phish - New Year's Eve 1995 Live 6LP Box Set. Nothing this year is going for as much as Jack White's "Lazaretto" did last year. Did you find what you were looking for?

More pics from Record Store Day at Other Music below... 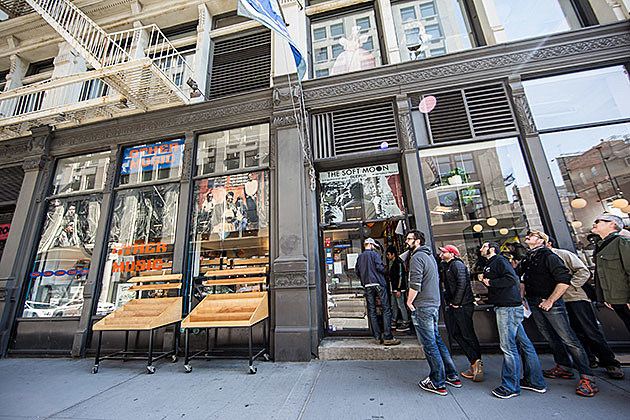 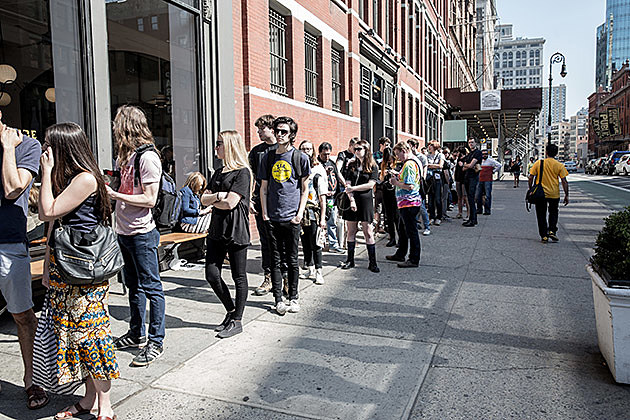 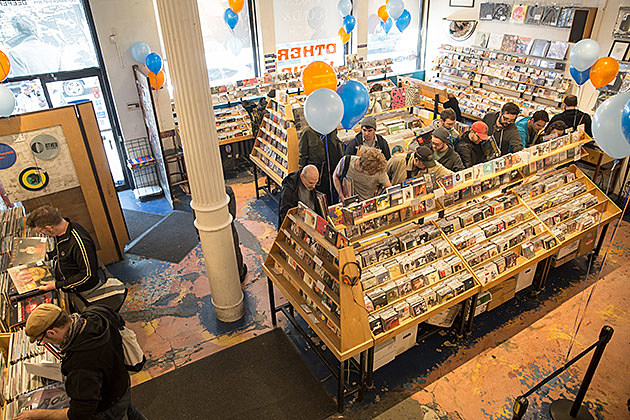 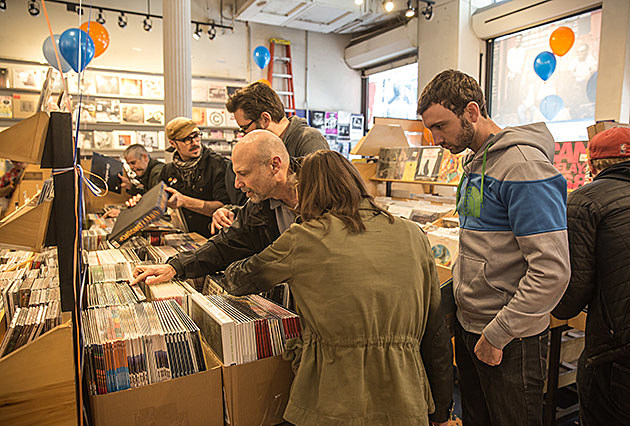 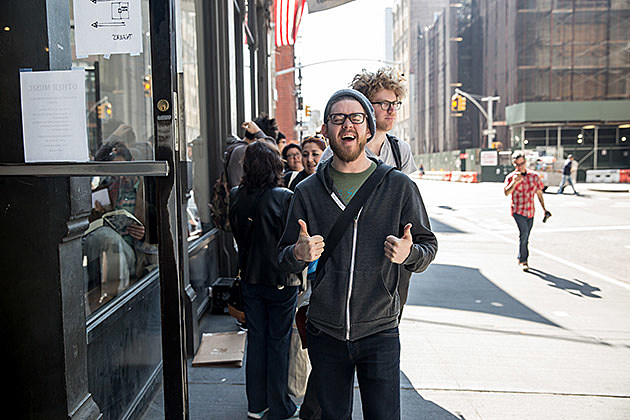 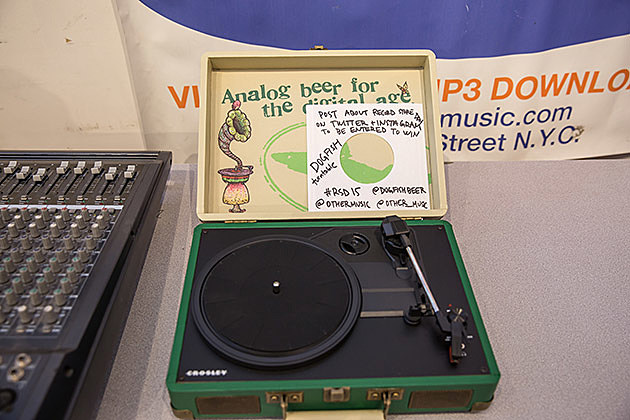 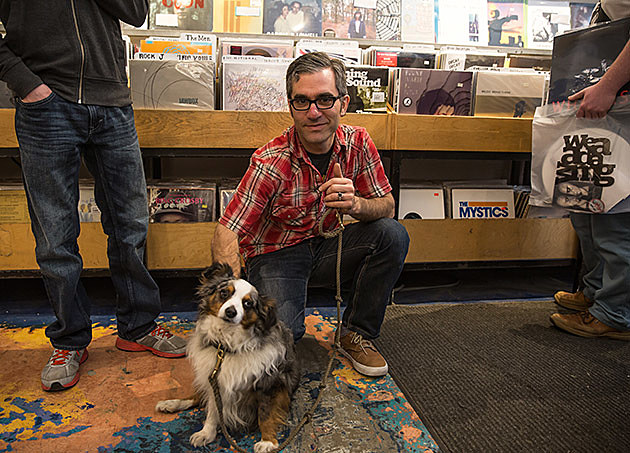 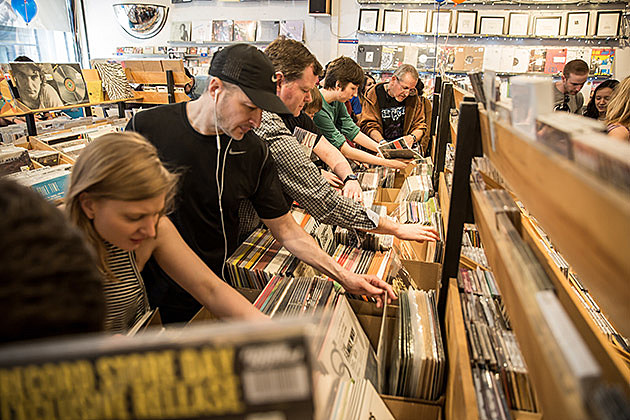 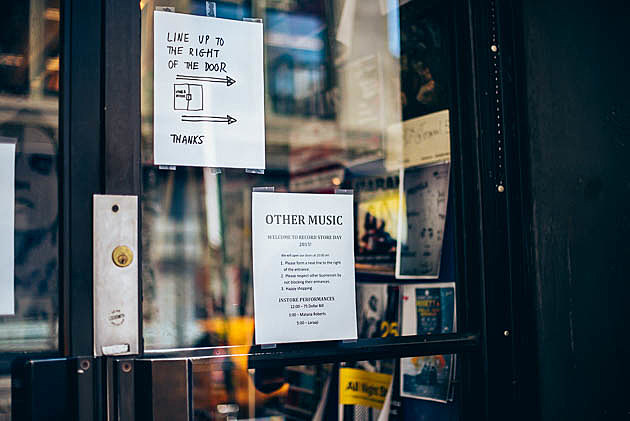 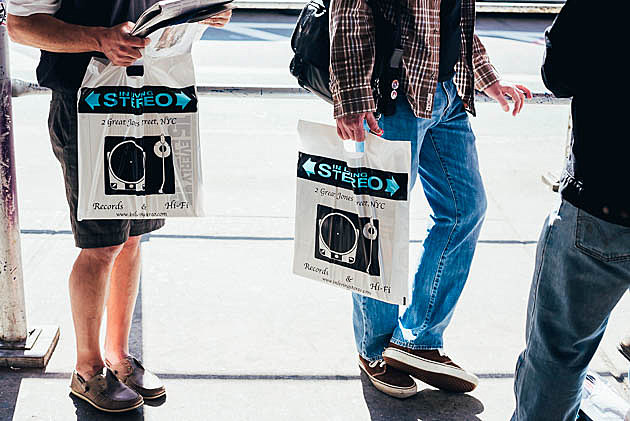 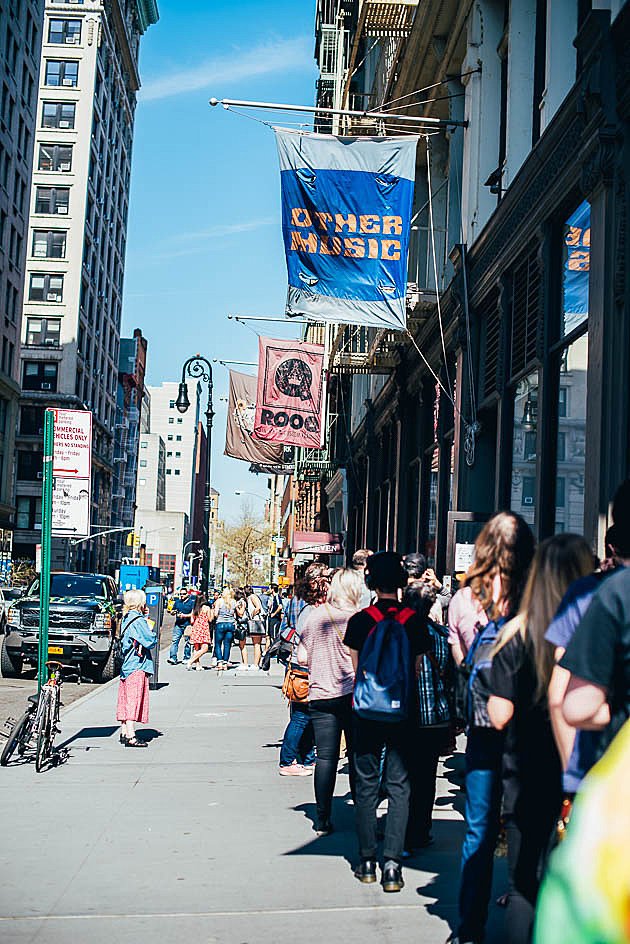 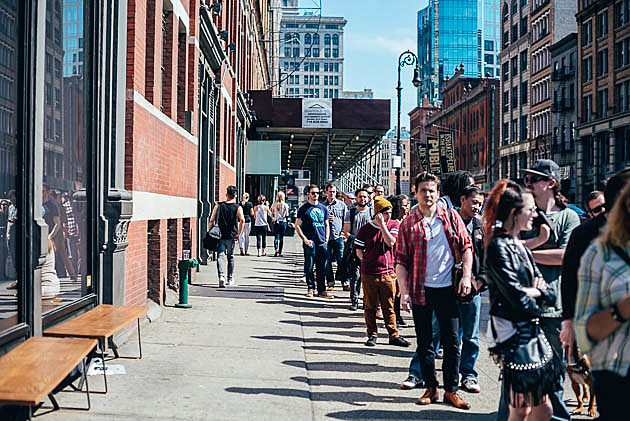 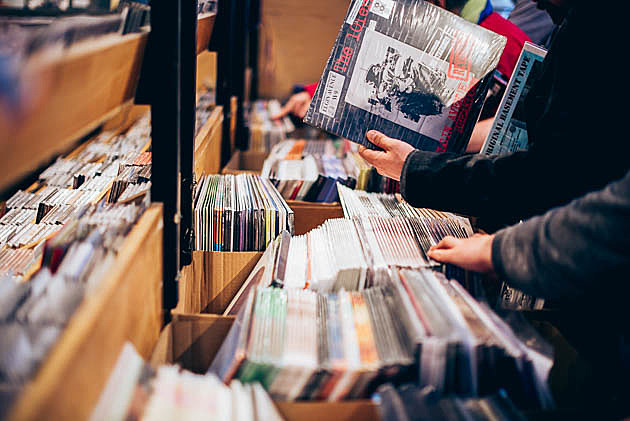 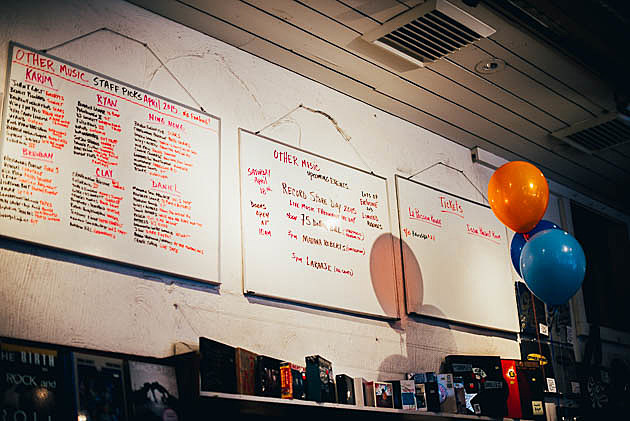 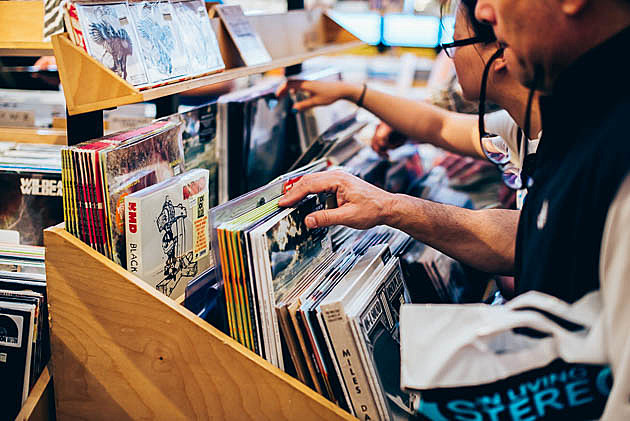 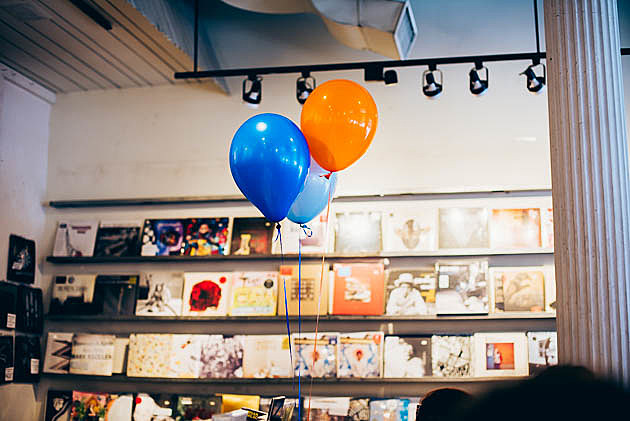 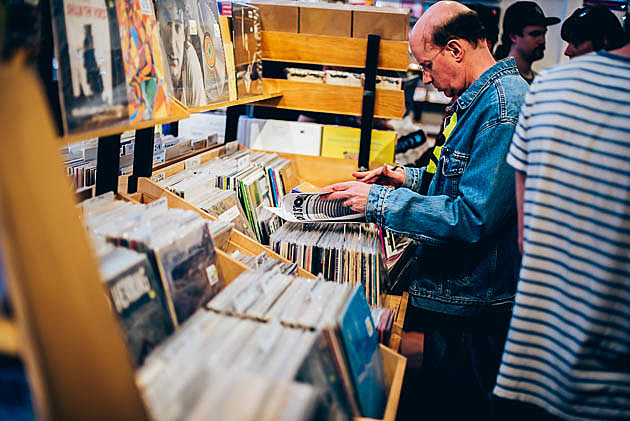 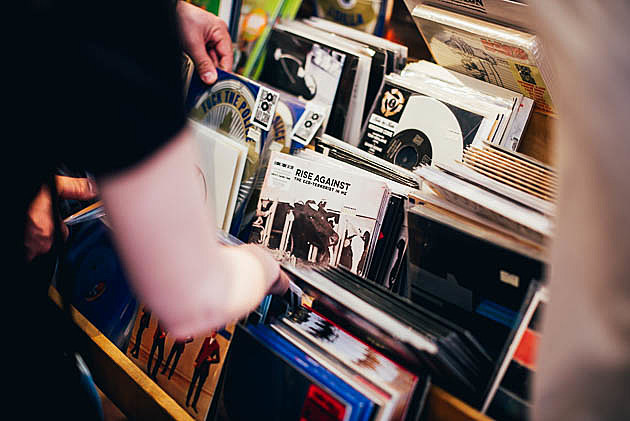 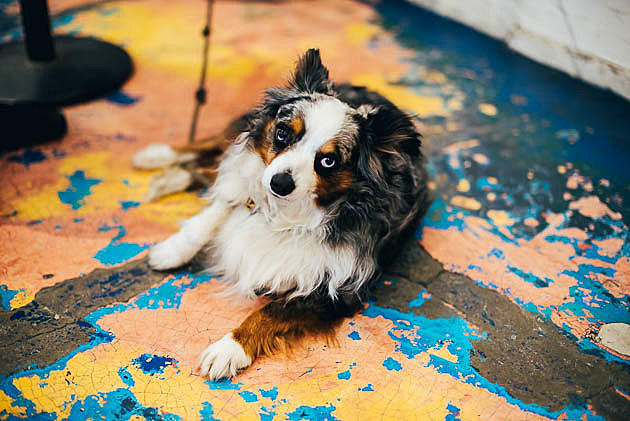 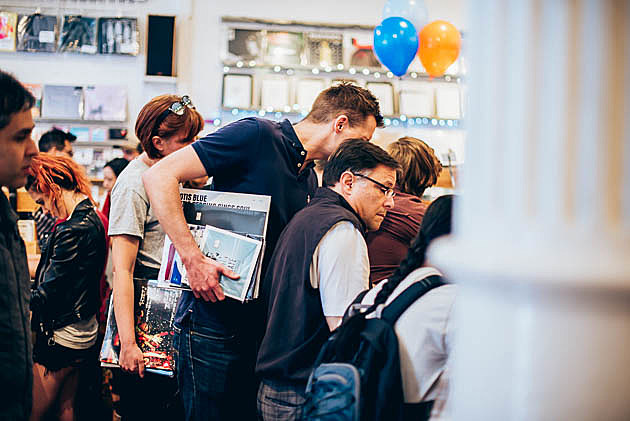 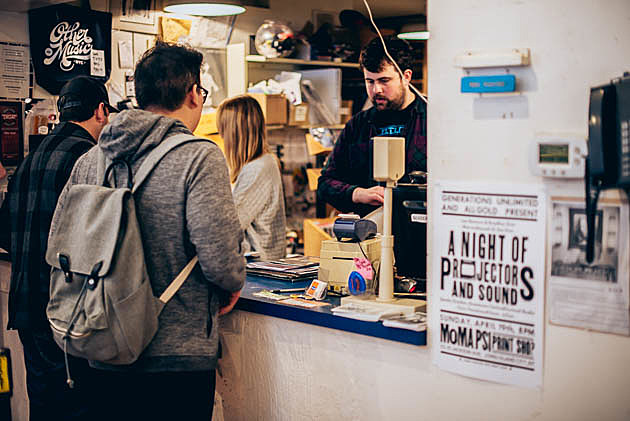 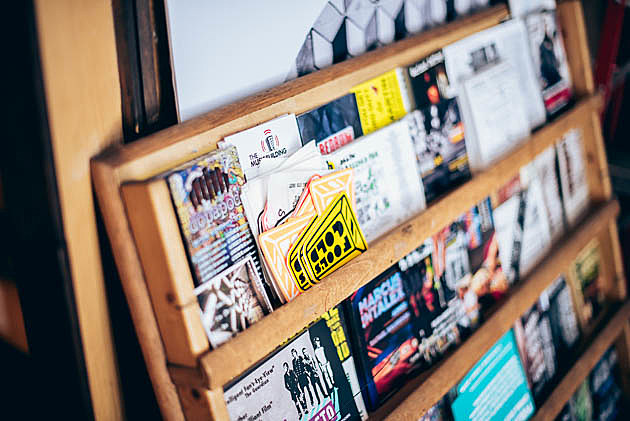