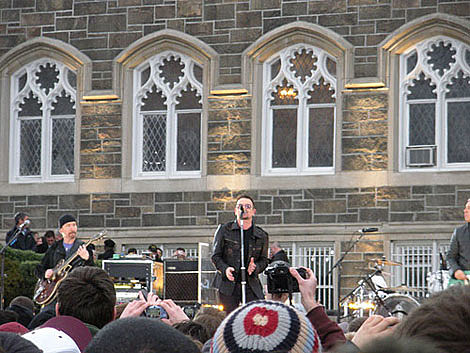 When Courtney Collyer elected to attend Fordham last spring, she didn't expect to land at a powerhouse. The Lady Rams had finished fifth at the 2008 Atlantic 10 championships.

So Collyer, a Staten Island product and St. Joseph by-the-Sea HS standout, was surprised to see herself powering Fordham to second place - the school's best-ever finish - at last month's A-10 championships in Buffalo. [Daily News]

The mystery (was it a mystery?) of where U2 were going to play for Good Morning America today, and how they were going to get from the TV show taping to Fordham University with enough time to play both shows in one morning, has been solved. They were the same show! (duh).

As you can tell by the pics, it happened early this morning - between 8 & 9 AM. U2 played three songs followed by a break and interview followed by three more songs. The audience was comprised of a packed lawn full of bundled up college students.

U2's fifth of five Letterman residency shows airs tonight (3/6) (though it was taped on Monday). The Fordham/GMA setlist and more pictures below... 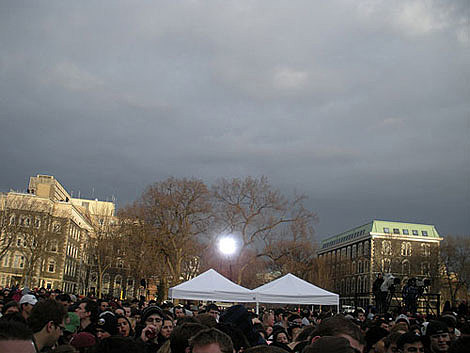 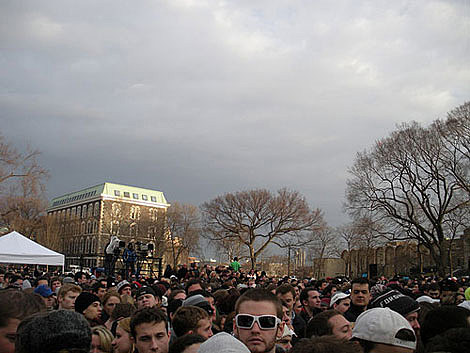 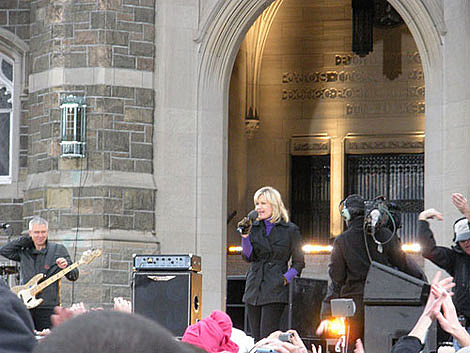 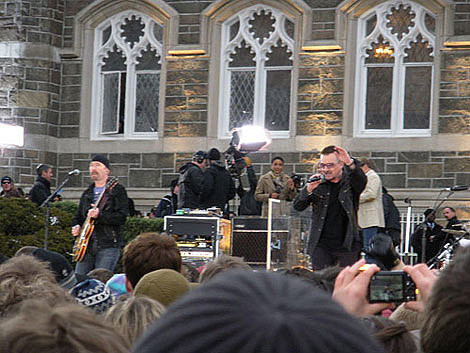 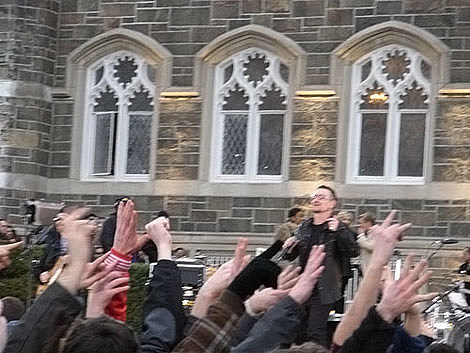 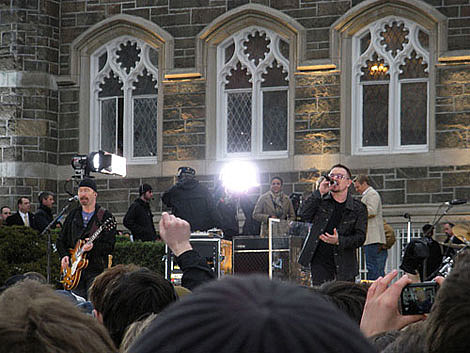 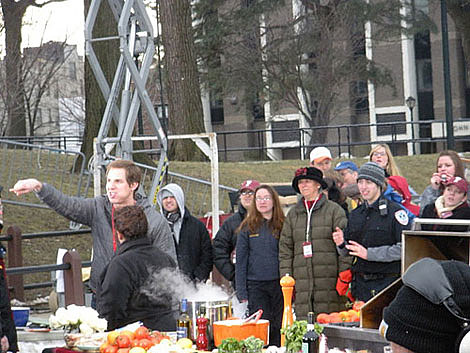 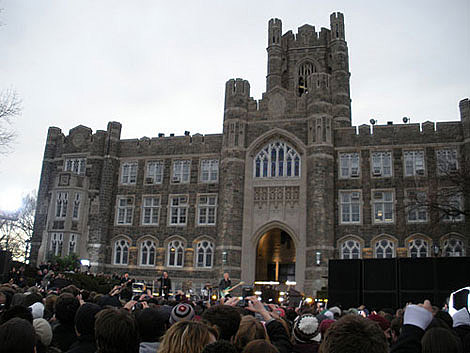 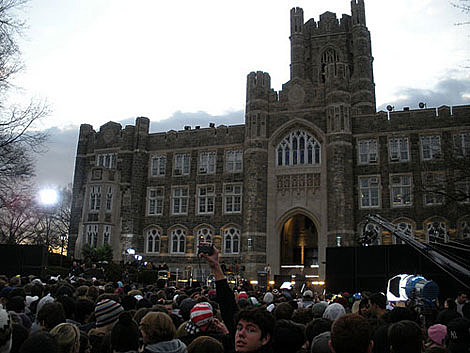 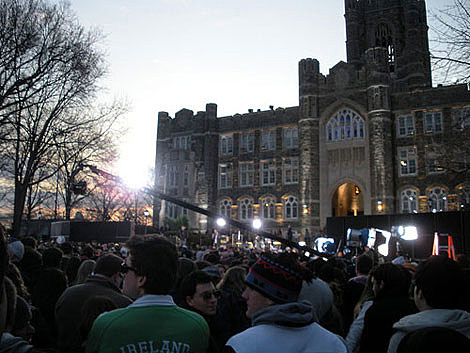 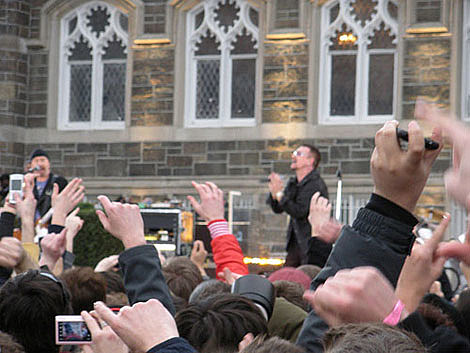 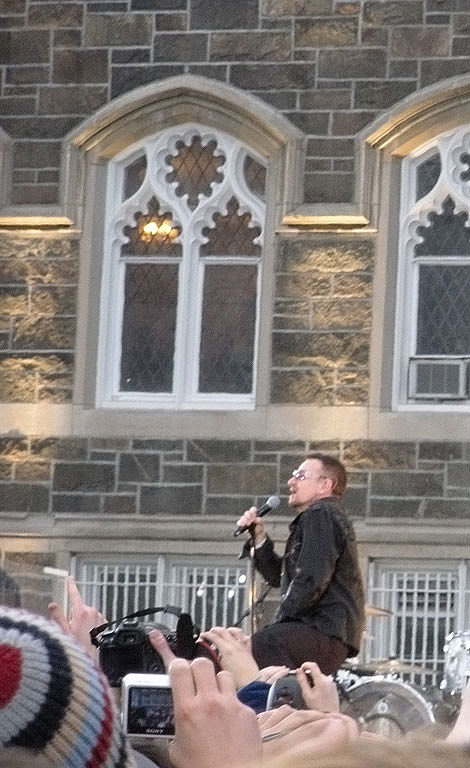 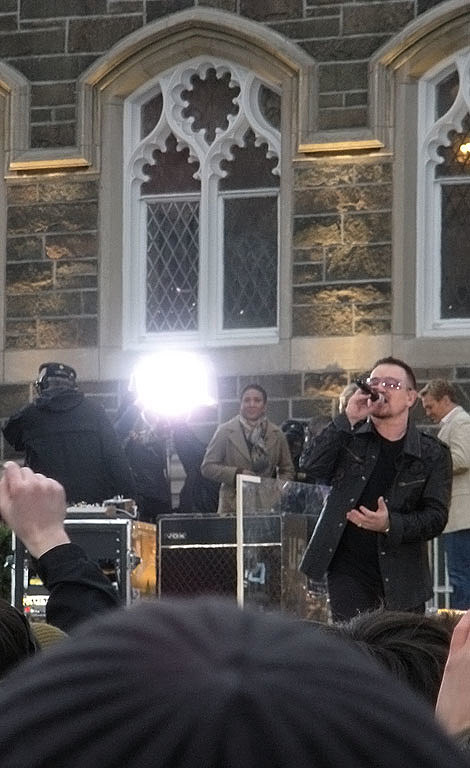 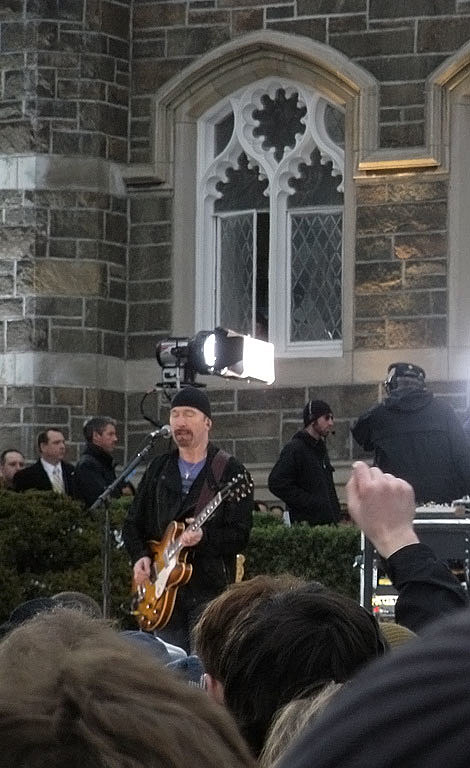 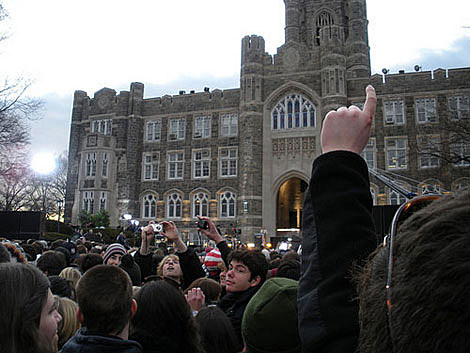