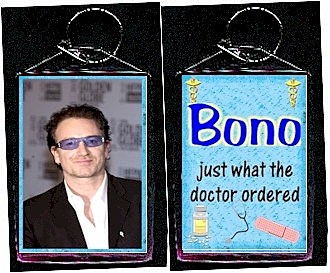 Live Nation Entertainment announced today that the U2 360° tour dates in the US, which were recently postponed due to Bono's emergency back surgery, have all been rescheduled for Spring/Summer 2011 with all tickets being valid at the rescheduled performances.

The 2010 European tour, which has not been affected, begins as scheduled on August 6th in Turin.

U2's manager Paul McGuinness thanked fans for their ongoing support, "We're delighted the dates are rescheduled and in all the same venues we originally planned to play. It hasn't been easy to accomplish this and I'd like to thank the managers of the many venues and sports teams across North America and Live Nation Global Touring for their help and cooperation in making this complex new plan possible. Above all we want to thank the U2 fans for bearing with us. They're the best and the band wants to get back to where they belong, surrounded by their audience."