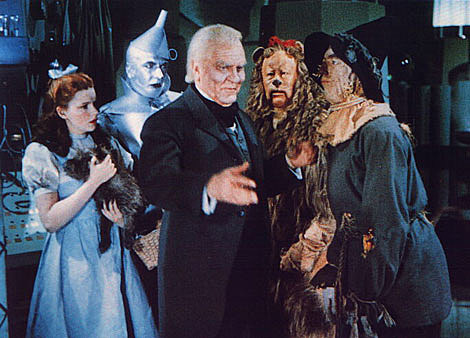 The Wizard of Oz is being re-released on DVD September 29th. Why should you care? Because that's also the same day a free outdoor event is happening in Central Park to celebrate it (it's also the film's 70th anniversary). At the show (whick kicks off at Rumsey Playfield at 7:30 p.m. ET), ?uestlove (of The Roots), Jennifer Hudson, Julianne Hough, Bilal, "and a band assembled especially for the show" will be performing contemporary interpretations of classic songs from the film. That will be followed by a screening of the flick on a giant inflatable screen (rain location TBA if it rains).

Of course, if you're only interested in the Roots, you can always shell out for the cover at their Highline Ballroom residency (though it should be noted, their Sept. 29th performance has been canceled). If you prefer to never leave Brooklyn, the band is also playing a Thursday, October 1st show at Brooklyn Bowl. It only costs $10. Tickets are on sale.

For the Central Park show, we have a pair of VIP passes (not on sale) and a prize package from Netflix to give away. Details are below... 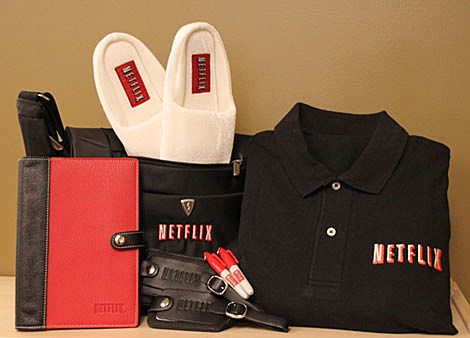 TO WIN two tickets to the VIP/Press area of the Wizard of Oz concert (9/29) and a Netflix promotional package (that includes a messenger bag, two soccer shirts, slippers, catch-all tray, and more) (pictured above), answer the following [non-vegan-friendly] question correctly both in the comments below (fill your email address in the e-mail field - it doesn't show up on the site, but we can contact you) and on the Netflix contest page. Here's the question:

"When Dorothy, the Tin Man, the Scarecrow, and the Lion arrive at the Emerald City, they are met by a carriage pulled by a most unusual horse that changes colors. How did they change the color of the horse in the 'horse of a different color' scene?"

Contest is open to legal U.S. residents 18 years of age and older. Void in Puerto Rico and where prohibited. Winner will be chosen at random and contacted with details. Good luck.

Netflix is also inviting all of America to instantly watch "The Wizard of Oz" for free online at www.netflix.com/wizardofoz for 24 hours beginning at 9:00 a.m. ET on Saturday, October 3.