New Orleans duo $uicideboy$ toured in 2019 with a genre-defying and seriously awesome mix of openers. They've now announced a new leg of that tour, the Grey Day Tour 2021, running from September through November in the US, with another eclectic mix of killer support. Chief Keef, TURNSTILE, Night Lovell, Germ, Ramirez, Shakewell, and Chetta will open most of the dates, with slowthai joining from late October onward and Yung Gravy added to the bill on the final night. See all dates below.

Meanwhile, TURNSTILE recently announced a new album, GLOW ON, which is available for pre-order now. They also have some headlining shows coming up in August and September, including NYC shows on August 22 at Irving Plaza and August 23 at Elsewhere Hall. 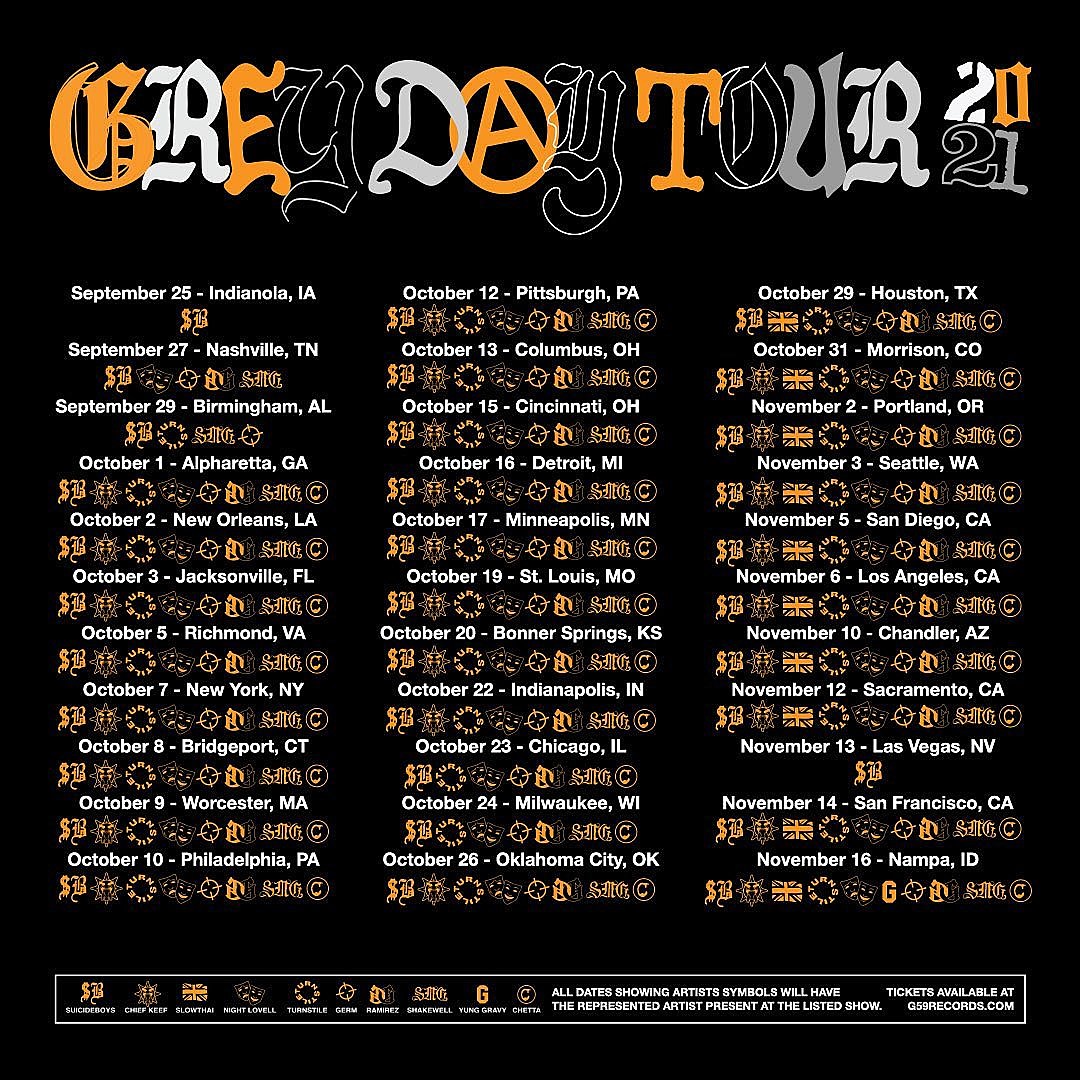