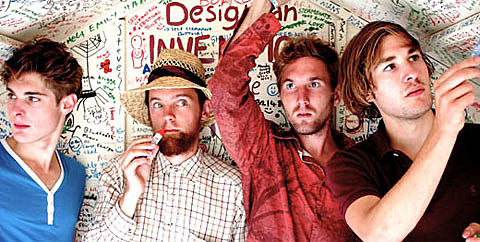 For those unfamiliar with [Stornoway's] work, the band features multiinstrumentalists Brian Briggs and Jon Ouin who founded the band when they met while studying at Oxford University, before Oliver Steadman, and his kid brother, Robert, joined them. They are often accompanied by trumpeter (and doctor! [of ornithology]) Adam Briggs and violinist Rahul Satija, and their star has gradually risen over the past year. Having formed 4 1/2 years ago, their innocent, countrified sounds, which recall bands like Fleet Foxes, Bon Iver, and London contemporaries Mumford & Sons, have acoustic guitars, banjos and rich harmonies.

It's a sound that's totally at odds with the mainstream music scene which Steadman describes as "fake", citing acts like Kesha and modern hip-hop and R n B for lacking heart. Their music has won them recognition, though, making the influential BBC Sound of 2010 poll, getting them signed to 4AD, and winning an appearance on Jools Holland. [Skiddle]

As it says above, the band Stornoway are from Oxford, not the Scottish town from which they take their name. Read more about them at the Guardian.

The band's debut, Beachcomber's Windowsill, is already out on 4AD in the UK and will be out in the States on August 10th. They'll be in the US for just two shows, both in NYC, on July 7th and 8th. The first will be at Union Hall (tickets) and the second at Mercury Lounge (tickets).

Album info and art, videos of the band on Jools Holland and of their song "Zorbing," and all tour dates (quite a bit around the UK) are below... 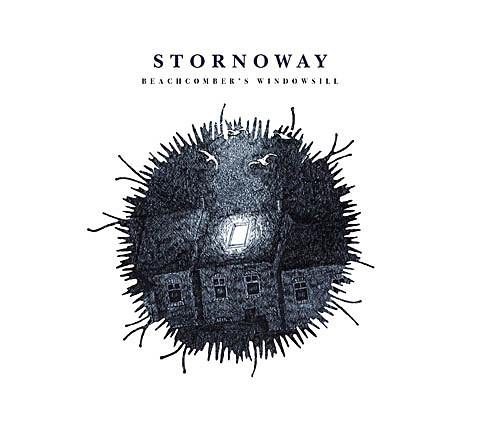 "BEACHCOMBER'S WINDOWSILL" tracklist
Zorbing
I Saw You Blink
Fuel Up
The Coldharbour Road
Boats And Trains
We Are The Battery Human
Here Comes The Blackout...!
Watching Birds
On The Rocks
The End Of The Movie
Long Distance Lullaby