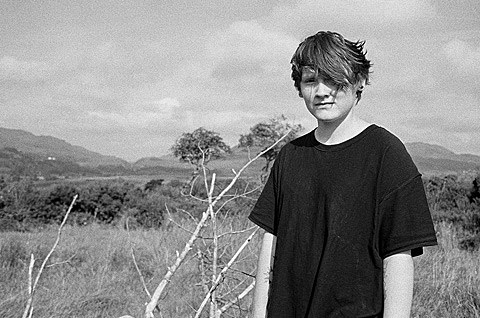 UK artist Bridie Monds-Watson makes music under the name SOAK. Nominated for the BBC's Sound of 2015 Poll, SOAK's music is delicate, sometimes beautiful, heartfelt stuff. Monds-Watson's beyond-her-years voice carries much of the emotion. (It's a little like Camera Obscura...with a widescreen lens.) With two 2014 singles under her belt, SOAK will release her debut album, Before We Forgot How to Dream, in June via Rough Trade. You can watch the video for the album's first single, "Sea Creatures," and listen to a few other songs (including a cover of Chvrches' "The Mother We Share"), below.

SOAK is coming to North America for SXSW and will stop in NYC on the way there, playing Rockwood Music Hall on March 12. It's presented by the Communion folks and tickets are on sale. All dates are listed, along with videos and song streams, below...