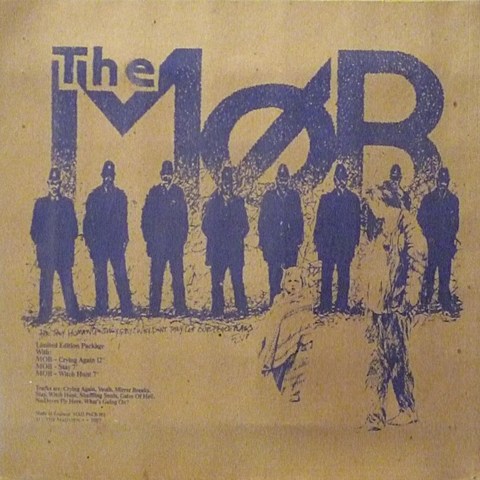 The Mob were an anarcho-punk band originally from Yeovil, Somerset, England during the late 1970s and early 1980s. The band broke up in December 1983. Marc Mob was the bands center of attention with colourful (red) dreadlocks and an angelic face. On the contrary his voice sounded doomed, his lyrics featuring topics such as nuclear bombs, war, wastelands, death and doom in general. the mob. they knew that the world was a place of doom, gloom, and despair, and thus sung songs of mourning for a dying world. greed, corruption, and pollution have blotted out all hope and optimism. [Last.fm]

The Mob first reunited back in 2011 (maybe you saw them at Chaos In Tejas in 2012), and now they're returning to the US once again this spring. They were already announced for DC's Damaged City Fest, and have since added club dates happening beforehand including NYC's Acheron on April 7. That show is with Survival, Suicidas and Pox. Tickets are on sale now. All known dates are listed, with a video from Chaos In Tejas 2012, below.

UPDATE: Full tour announced. All dates are listed, with the tour poster, below... 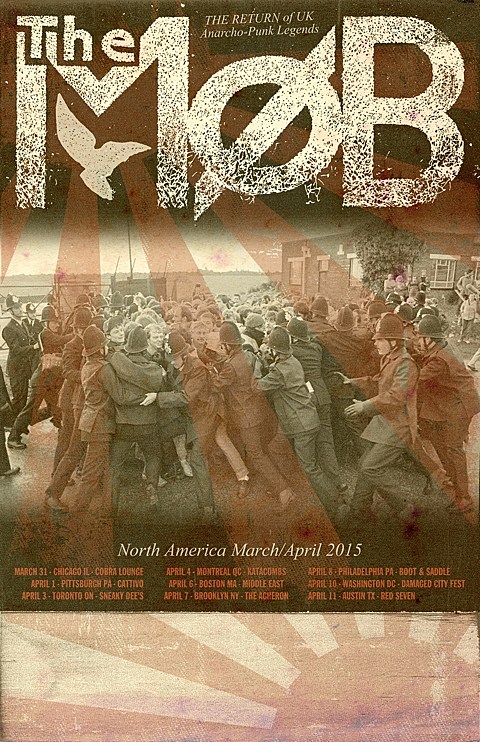