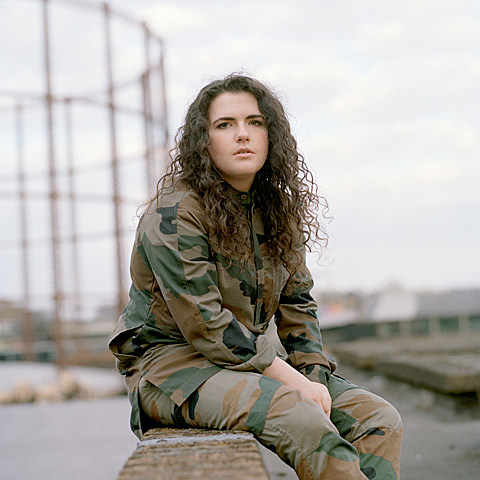 British artist Georgia is a real multi-hyphenate, a multi-intrumentalist who played drums for Kate Tempest and Kwes, and who is also a producer, singer and MC on her own. She released her debut EP last year and has since signed to Domino who will release her self-titled debut album on August 7. Her first single for the label, "Move Systems," came out earlier this year and is a good example of her approach (which is also multi-hyphenate): futuristic, hooky and melodic and an MC style that's a little closer to MIA than Tempest if we're making comparisons. You can watch the video "Move Systems" and check out new track "Be Ache" and that 2014 EP, below.

Georgia will be in NYC the week her album's released to play two shows: August 3 at Elvis Guesthouse and August 6 at Baby's All Right. Tickets for both NYC shows go on sale Friday (6/5) at 10 AM. After that she'll be opening for labelmates Hot Chip on a string of UK dates, and all are listed below.