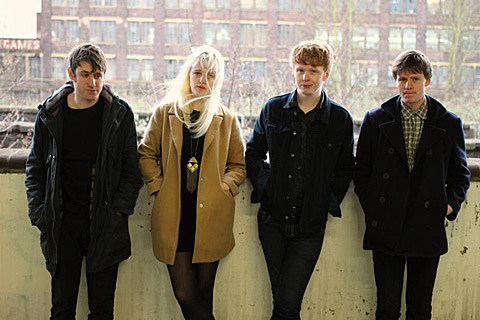 London quartet Evans the Death will release their second album, Expect Delays, on March 10 via Slumberland / Fortuna Pop. Musically, the band's overdriven pop squall is not unlike early Ride, Pale Saints or Dinosaur Jr, but what really sets the band apart is singer Katherine Whitaker, who's much more of a belter than you normally get with bands like this. Her pipes really stand up against the guitar onslaught. Evans the Death also know they're way around a big hook and have an appealingly dark sense of humor. Check out the video for "Enabler" and a stream of "Don't Laugh At My Angry Face" from the new album below.